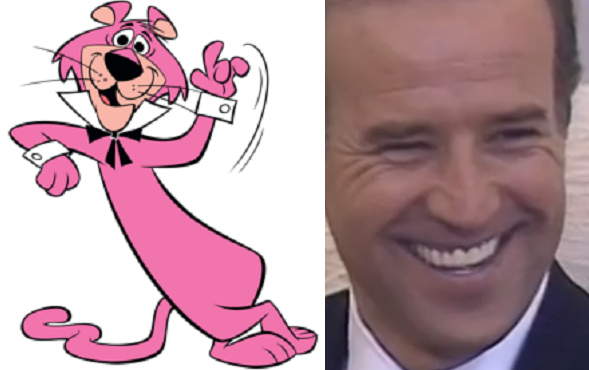 When I was a kid, Saturday mornings meant cartoons… and lots of them. My siblings and I would sit on the floor in front of our Zenith television, mesmerized by the adventures of Jonny Quest and amused by the antics of Yogi Bear, Boo-Boo, and Ranger Smith. Flip the channel and we could watch the Flintstones, the Jetsons, Scooby Doo or Wacky Races for hours on end. A few more turns of the dial – no remote back then – brought Huckleberry Hound, Top Cat, Wally Gator, and a host of other animated characters into our living room.

Yes, Hanna-Barbera was the king of Saturday mornings back in the 1960’s. Tom and Jerry made me smile, while Quick Draw McGraw made me laugh out loud… especially when he played the role of El Kabong. And then there was Snagglepuss.
A nattily dressed pink mountain lion, ol’ Snag had two catchphrases that he used ad nauseum – and with great comic effect.

“Heavens to Murgatroyd” was his way of expressing surprise and, when confronted with a dangerous situation, Snagglepuss would utter, “Exit, stage left… even!”

Back then, it was funny to watch a loveable, fast-talking and upright-walking cougar make a hasty getaway by bolting to his immediate left. But fast forward to the 2020 presidential campaign and there is nothing amusing about Joe Biden’s swift and radical migration away from the political center.

Biden was once considered a moderate Democrat who was somewhat hawkish on defense (he voted in favor of the Iraq War under Bush 43, although he opposed the far more sensible Gulf War under Bush 41). However, once he was added to the Obama ticket in 2008, Biden tacked decisively and irretrievably to the port side. Then, in order to earn the Democratic nomination in 2020, he capitulated to Bernie Sanders, AOC, and the rest of the Party Progressives. 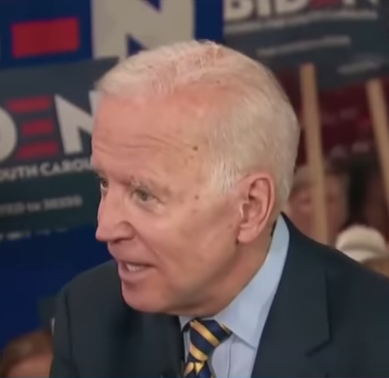 In doing so, Biden changed his positions on everything from immigration and integration to law and order. As a result, the National Association of Police Organizations – the same group that helped Biden write the landmark 1994 Crime Bill – just enthusiastically endorsed his opponent, Donald J. Trump. People, and especially law enforcement officers, simply don’t like chameleons.

Apparently, the only core value that Joe Biden had all along was Joe Biden. Or more specifically, getting Joe Biden elected president, a position he has been coveting since 1988. That’s 32 years of running for a singular office, making Joe the modern-day version of Harold Stassen.

In case you’ve forgotten, Stassen was once the popular Governor of Minnesota and a front-runner for the Republican presidential nomination in 1948. However, after Gov. Tom Dewey of New York edged him out that year, Stassen refused to give up his quest for the presidency. He ran again in 1952 and, following a stint in the Eisenhower administration, threw his hat in the ring again in 1964… and 1968… and 1976… and 1980… and 1984… and 1988. Stassen made his final run for the White House in 1992 at the age of 85, a sad caricature of a once-serious office holder.

Joe Biden and Snagglepuss have another thing in common beside their mad dash to the left and that is their penchant for fast-talking. But whereas Joe used to be semi-glib on the campaign trail – when he wasn’t plagiarizing, that is – he has difficulty these days stringing together two coherent sentences and one cohesive thought. Sadly (and I mean that), ol’ Joe is making less sense than ol’ Snag these days.

It is high time for someone, anyone, to step in and save Joe from himself. His wife, his family, his party… someone. Someone with a conscience or at least a modicum of compassion. Otherwise, the general election will come down to a fit and energetic Donald Trump vs. Snagglepuss, I mean Harold Stassen, I mean the senator and vice president formerly known as Joe Biden.