NJ-03: Trump aims to give Richter a fundraising boost via Twitter 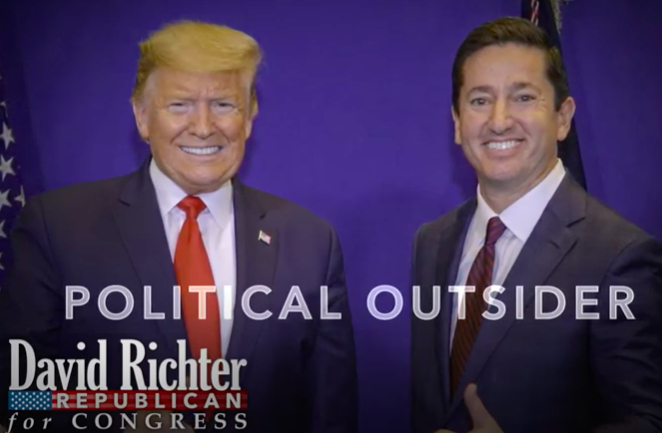 WASHINGTON, D.C. – President Donald Trump tweeted his support of South Jersey House candidate David Richter on Tuesday, calling the first-time candidate someone who can be trusted to “protect our seniors and healthcare.” Trump also shared a link to donate to the Republican candidate’s campaign.

Richter is personally wealthy and has loaned his campaign hundreds of thousands of dollars. Unfortunately, Kim is on track to raise over $6 million since taking office in January 2019. National Republicans have yet to commit to NJ-03 the same level of attention that they’ve affored to NJ-07 where Tom Kean Jr. is taking on Kim’s fellow freshman Democrat Tom Malinowski…

David Richter (@DavidRichterNJ) will be a tremendous Congressman for New Jersey! He is a successful Businessman and Job Creator, will protect our Seniors and Healthcare, and supports our Law Enforcement and #2A. David has my Complete and Total Endorsement! https://t.co/RorFhKKleN