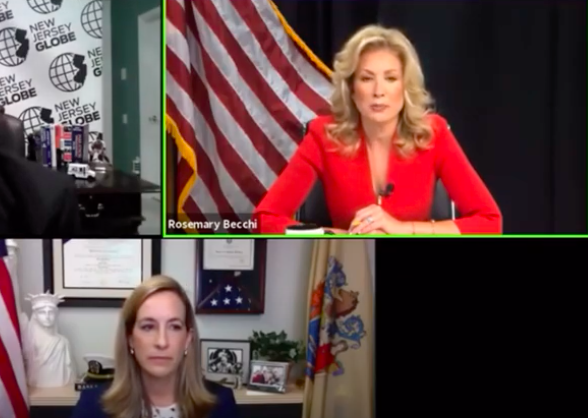 “My opponent should get back to Washington to help the people of this district, rather than playing partisan politics. You vote with Nancy Pelosi 99% of the time and right now she is playing partisan politics,” Becchi told debate moderator David Wildstein, editor of the New Jersey Globe. “The Heroes Act 2.0 still provides $1,200 for illegal immigrants. In addition, it allows for ballot harvesting and also defunds the police by $600 million dollars. That’s not providing solutions to the people of this district.”

Becchi also attacked went after Sherrill over her close ally Governor Phil Murphy’s handling of CARES Act funds, most of which remain unspent.

“People need policies put in place that will open up our economy, that will provide businesses with the liquidity that they need to survive. Businesses are hurting right now,” said Becchi, a tax attorney. “We need our governor to release the CARES Act. He’s released less than 10% of the moneys for the CARES Act. In fact, you need to do a better job of providing money for the people of this district. When the CARES Act initially passed, there was no funding for Morris County in that bill and that is very troubling.”