Trump’s 2020 problem is far simpler – and harder to solve – than the pundits are telling you. 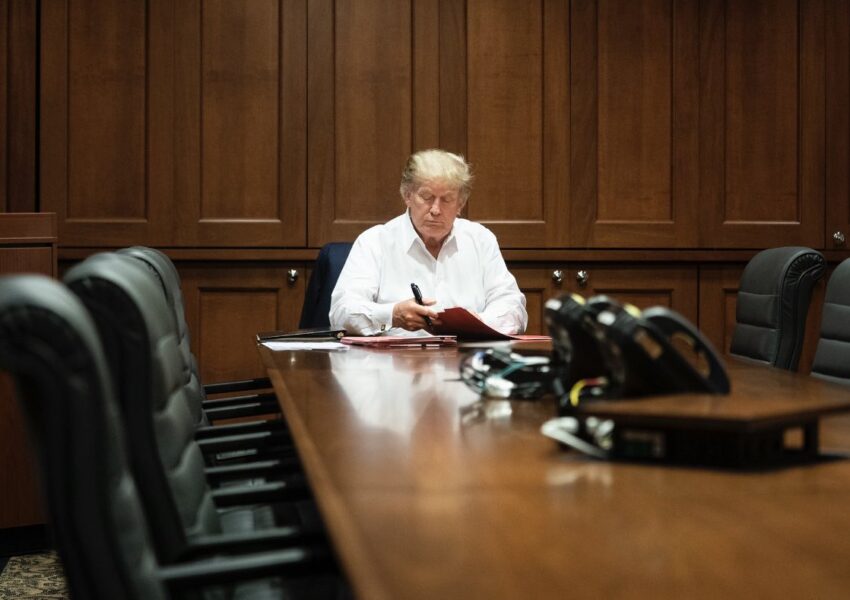 I’m as guilty of it as anyone who devotes significant time to American politics, Save Jerseyans: over-complicating the electorate’s presidential decision-making.

We talk about things like jobs numbers, debate exchanges, and battleground state ground games, and we attempt to derive empirical evidence of voters’ intentions from them. I’m not suggesting it’s all folly and a waste of time; in a close race, potent ads and wedge issues can make the difference. But ultimately? Year after year – at least in the age of mass media – one factor remains far-and-away the most important: likeability.

The most likeable person always wins.

Be careful: we’re talking about “likeability,” not moral character. If the most “admirable” candidate was ipso facto the most liked? The gentleman war hero Bob Dole would’ve taken the oath of office back in January 1997. He didn’t because Bill Clinton, for all of his egregious shitbaggery, was nevertheless the guy a plurality of Americans in the 1990s would’ve rather “had a beer with.”

Kennedy was more likeable/young/hip/cool than the stiff, makeup-less Nixon.

LBJ – for all of his coarseness – was ultimately deemed more likeable than Barry Goldwater (see the “Goldwater Rule” for one of the worst smear jobs in U.S. history).

Reagan > Carter > Ford, although the affable Ford suffered equally from his inability to escape the extremely unlikeable predecessor who he had only recently pardoned. Guilty by association is a real thing.

As much as the Donald deserves most of the credit for 2016 owing to his revolutionary use of social media alone, let’s face it, folks: Americans hated (and still don’t very much like) Hillary Clinton. They hated her from almost the first time they saw her, and the 1993 “Hillarycare” episode cemented that sentiment for all-time. The ex-first lady and secretary of state entered Election Day 2016 with a -12.6% personal favorability rating nation-wide (and that number was significantly worse in the battleground states).

Biden? Despite all of his many, many flaws, Americans don’t hate the guy. His favorability rating is +3 at the moment in the RCP average, a vast improvement over the Democrat Party’s 2016 nominee. Trump is currently at -12.6%… the same place where Hilldawg finished 4 years ago. That’s actually an IMPROVEMENT for the Donald over 2020 in terms of the net favorable vs unfavorable numbers, but presidential elections are a binary choice. This isn’t just a referendum on Trump; it’s a choice between two candidates who will be weighed against one another.

The elderly might prove the decisive factor in this regard. After winning older voters in 2016, a new NBC/WSJ poll out Sunday shows Trump losing that demo by a double-digit margin following his widely-panned debate performance. Do they disagree with him on most of the issues? Nope. They think he’s an ass who’s been too cavalier about COVID-19.

Would it be nice if Americans could set personal feelings aside and make decisions based entirely on the issues? Sure, but that’s not reality. People are human, and humans don’t vote all too differently as adults than they do as teenagers casting ballots in student council elections. Presidential elections are fundamentally popularity contests.

I’m not saying Trump can’t win. I am saying he’s facing an uphill battle all because of this one historically-validated decisive variable, and it’s a very hard variable to manipulate. To do so? He’d have to change himself and how he’s perceived after decades of self-branding. Like I said: harder to solve.

My unsolicited advice to the Trumpster: keep talking about the riots, law enforcement, the Green New Deal and fracking non-stop for the next month. That’s the ground upon which he can – and still might – score an upset.