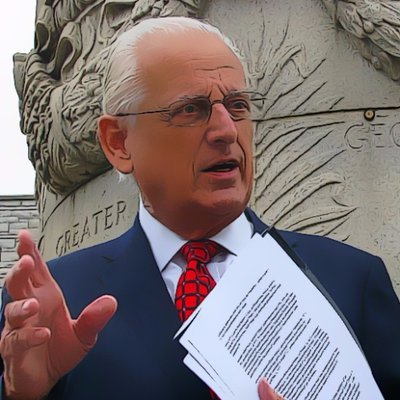 WASHINGTON, D.C. – Rep. Bill Pascrell (D, NJ-09), a close ally of Nancy Pelosi, has ramped up his anti-Trump rhetoric in recent weeks, demanding new investigations and prosecutions concerning the president and his administration.

He went a step further on Friday by writing to disciplinary authorities in five states (Arizona, Pennsylvania, Michigan, Nevada and New York) seeking the disbarment of Rudy Giuliani and 22 Trump lawyers who are presently challenging various aspects of the Election 2020 vote in courts around the country.

“We live together in extraordinary and increasingly dangerous national circumstances,” Pascrell wrote, accusing the attorneys of violating ethics rules by filing allegedly frivolous lawsuits. “At present, our sitting President has refused to accept the outcome of our national election and is attacking the integrity of our electoral system to keep himself in power. The pattern of behavior by these individuals to effectuate Mr. Trump’s sinister arson is a danger not just to our legal system but is also unprecedented in our national life.”

It’s a heavy charge (and one almost as difficult to prove as systemic voter fraud). Individual incidents of voter fraud are quite easy to find including in Pascrell’s backyard. The ancient veteran Democrat congressman wasn’t nearly as aggressive when, in his own district, a judge had to invalidate a Paterson municipal election this past summer due to massive voter fraud.

Pascrell’s grandstanding is unlikely to result in any substantive action, Save Jerseyans, but it does show that the Left is working overtime to discredit any attempt to unearth fraud even if the Trump Team’s case ultimately proves insufficient to change the result of the presidential contest.

If you believe the President’s case is frivolous and even dangerous, why not allow it to collapse under its own weight and fail? In full view of the American people?

If voter fraud isn’t real… let the other side come up empty in front of the cameras, right?

In the end, the reaction to the rag-tag Trump legal team’s efforts may prove more telling than what they actually succeed in demonstrating in a court of law. Just a hunch.