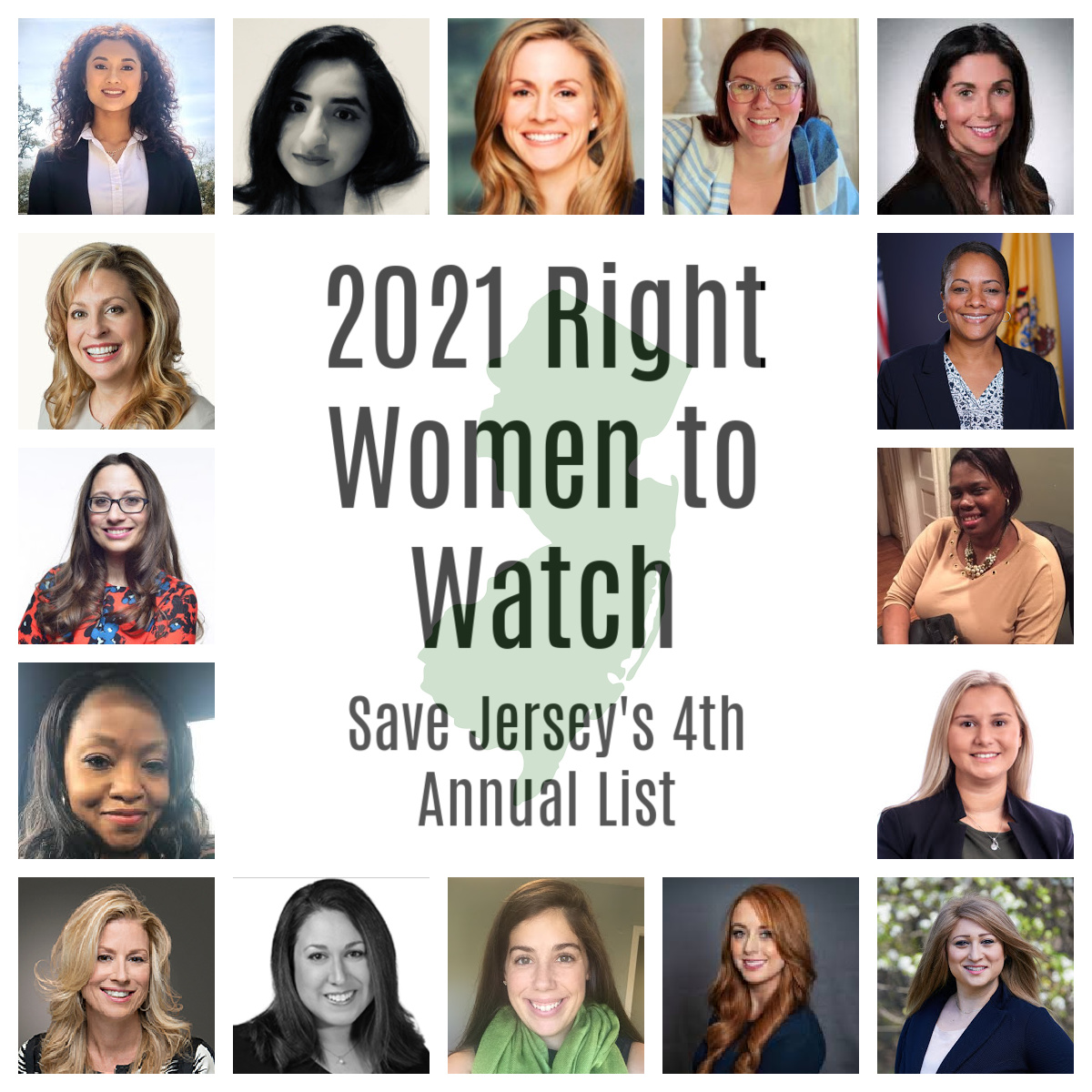 Save Jersey’s 4th annual Right Women to Watch list includes right-of-center and pro-freedom women who were nominated for fighting for a better New Jersey, being principled in their views, and leading in their communities. Many are visionaries upsetting the status quo and up-and-comers charting a new path. Some are powerful in the public eye, and others behind the scenes; but every woman on this list is empowering and lifting up other women in the ranks.

Celebrate them and thank them!

*The list is in alphabetical order to honor the accomplishments of all these powerful women.