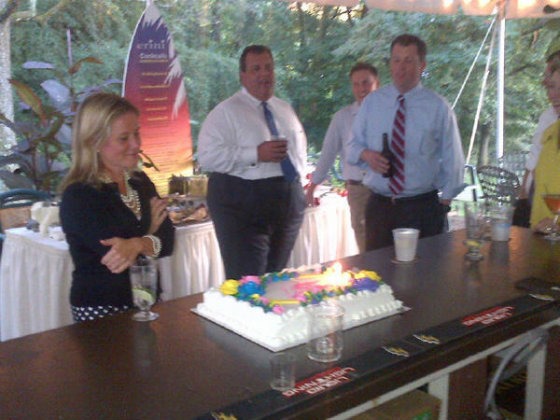 HACKENSACK, N.J. – It may be an unlikely comeback story, but the former GOP operative-turned-Christie Administration official appears serious about her next challenge.

On Monday, Bridget Ann Kelly announced her intention to run for county clerk in Bergen County. Kelly is best known for playing a key role in the infamous George Washington Bridge lane closures which erupted into a scandal and ultimately helped doom Chris Christie’s 2016 presidential candidacy. Kelly, then deputy chief of staff to Christie, authored the infamous “time for some traffic problems in Fort Lee” email back in August 2013 which ended up becoming the story’s enduring catchphrase.

Fort Lee and its bridge lanes rest inside the eastern edge of the county Kelly hopes to serve.

There’s no legal bar to her candidacy. Kelly’s and co-defendant Bill Baroni’s convictions were overturned by the U.S. Supreme Court last May on legal rather.

“The question presented is whether the defendants committed property fraud. The evidence the jury heard no doubt shows wrongdoing — deception, corruption, abuse of power. But the federal fraud statutes at issue do not criminalize all such conduct,” Justice Elena Kagan wrote for the High Court. “Under settled precedent, the officials could violate those laws only if an object of their dishonesty was to obtain the Port Authority’s money or property.”

Still, the majority went out of its way to emphasize that the defendants weren’t morally blameless for the incident.

“For no reason other than political payback, Baroni and Kelly used deception to reduce Fort Lee’s access lanes to the George Washington Bridge—and thereby jeopardized the safety of the town’s residents. But not every corrupt act by state or local officials is a federal crime,” Kagan explained. “Because the scheme here did not aim to obtain money or property, Baroni and Kelly could not have violated the federal-program fraud or wire fraud laws. We therefore reverse the judgment of the Court of Appeals and remand the case for further proceedings consistent with this opinion.”

The incumbent is Democrat John S. Hogan. It’s unclear who Kelly will face (if anyone) in the GOP primary. If Kelly lands the nomination without a primary, it’s another sign that the once-mighty county Republican Party is facing recruitment problems. The numbers make it clear why.

Bergen is increasingly a reliably blue county after decades of GOP dominance. Joe Biden carried the populous North Jersey county by over 16-points in 2020; George W. Bush lost it by about 4.5-points in 2004. Every county office is currently in Democrat hands.