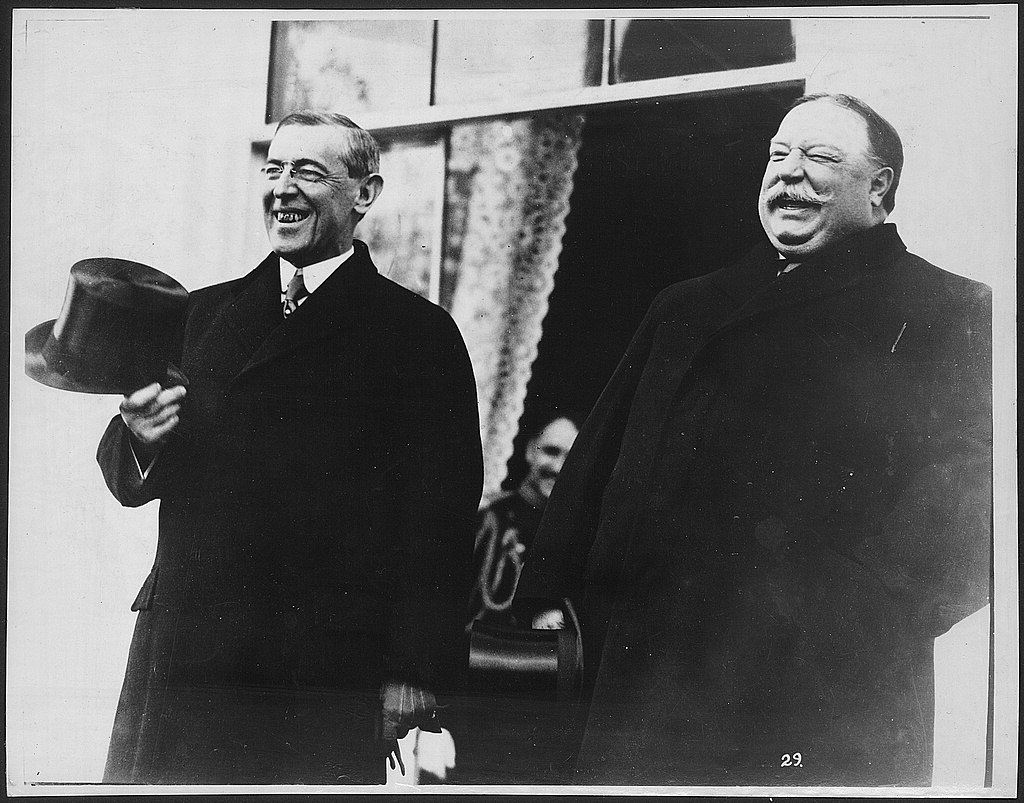 New Jersey has only ever sent one president to Washington, Save Jerseyans: a racist ex-professor originally from Virginia with extremely wacky foreign policy ideals named Woodrow Wilson. The obscure 28th president of the United States made it back into the news last year when the Left’s cancelation craze led to his name being removed from a few Garden State educational institutions, but all most Americans know about him (if anything) from high school history class is the failed League of Nations.

The full history is a lot more complex and dark. Wilson’s fateful decision to join World War I late (after the Russian Revolution was already underway and unstoppable), his widely-criticized role at the infamous Paris Peace Conference, and his general ineptitude at home make him more responsible than any other one individual for World War II, the Cold War, and most of the 20th Century’s worst horrors. Wilson’s abysmal administration is arguably one of American history’s greatest “what ifs” right up there with Lincoln evading assassination.

I think it’s an important story to briefly revisit since chances appear to be increasing that former President Trump will at least attempt to set up some sort of “Patriot Party” alternative to the GOP.

Here’s the abbreviated version: President William Taft (a conservative) and former President Teddy Roosevelt (a progressive) were once allies, but the former president had become increasingly disenchanted with his old friend’s insufficiently populist governing style and decisions especially concerning how to deal with trusts and labor unions. Roosevelt had left office after the 1908 election after previously pledging to not seek a third term, but he made the extraordinary decision (pulled off only once before successfully, by Grover Cleveland) to seek the Republican nomination in 1912 in light of his objections to Taft.

A bloody primary battle culminated in a heated GOP convention – complete with attempts to exclude delegates and allegations of fraud – where Roosevelt ultimately lost to Taft. Roosevelt then made good on his promise to run as an independent – under what would come to be known as the “Bull Moose” party – in the general election. That fall, the Democrat Wilson won with less than 42% of the vote. TR (with 27.4%) out-paced Taft (23.2%) by hundreds of thousands of votes, and combined their vote shares could’ve easily overwhelmed Wilson but the die was cast. 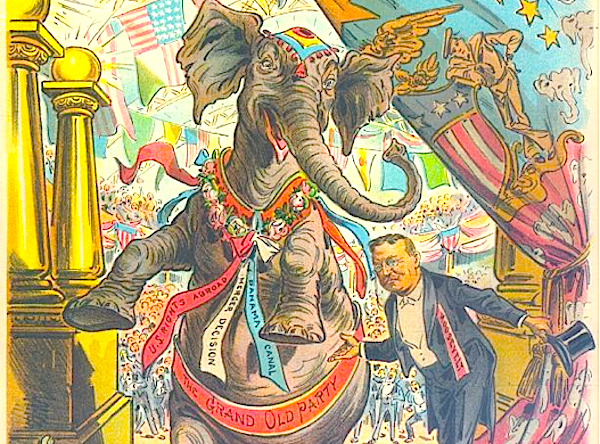 The rest, as the old refrain goes, is history.

What if TR had emerged the nominee?

It seems likely that the U.S. would’ve entered World War I a couple or even a few years earlier than it ultimately did. TR didn’t love war, but he did believe that the relatively young American republic and emerging world power needed to flex its muscles. An earlier American entry might’ve not only limited losses on both sides but also handed Russia’s Czar or interim government (depending upon the timeline) the victory it needed to stave off the 1917 Revolution. A more decisive, early ally victory might’ve also resulted in a different peace accord which, in turn, theoretically could have denied a young jaded German military officer (Adolf Hitler) the tinder he needed light Europe on fire.

No Soviet Union? No Nazis? No WW2 or Cold War?

And no Wilsonian let’s “make the world safe for democracy” doctrine of intervention which, despite Wilson’s failures, came to dominate American foreign policy over the next century? Who knows. History is a complicated web to untangle, but the ‘what could have been’ questions are intriguing.

The chess board is certainly not the same but it is setting up with some spooky similarities. A populist ex-president – who still commands the loyalty of a majority of the GOP base – is openly considering a third party option for 2022 and possibly 2024. What happens if Joe Biden doesn’t seek reelection in 2024? Would the obnoxious socialist Kamala Harris really be the odds on favorite for the nomination? There would likely be a primary. What if the Dems looked elsewhere, and a radical governor from New Jersey ends up parlaying his COVID-19 statist cred with the Media into a national run and emerges as a compromise candidate between the pro-Kamala forces and another wing of the party?

It’s not crazy to think we could see the country’s first legitimate three-way race for president since 1996 next time around: Trump (or a Trump surrogate like Pompeo) vs. an establishment Republican vs. Kamala Harris/Phil Murphy/AOC, whatever.

In such a ultra-messy free-for-all contest? The stakes would be high for the country AND the world, not unlike the situation back in 1912.

I think the lesson here is pretty clear:

The GOP needs to get its collective shit together and unite its populist and less-Trumpy wings… ASAP. A party that unapologetically goes on offense for a change, but one that is also ungirded by a well-articulated limited government core philosophy. The 2024 nomination needs to reflect this commitment to a synthesis. Without it? Honestly, I don’t want to think about that. I’ve read too many books.