In a battle with Murphy, Ciattarelli would seek to repeat Tom Kean’s path 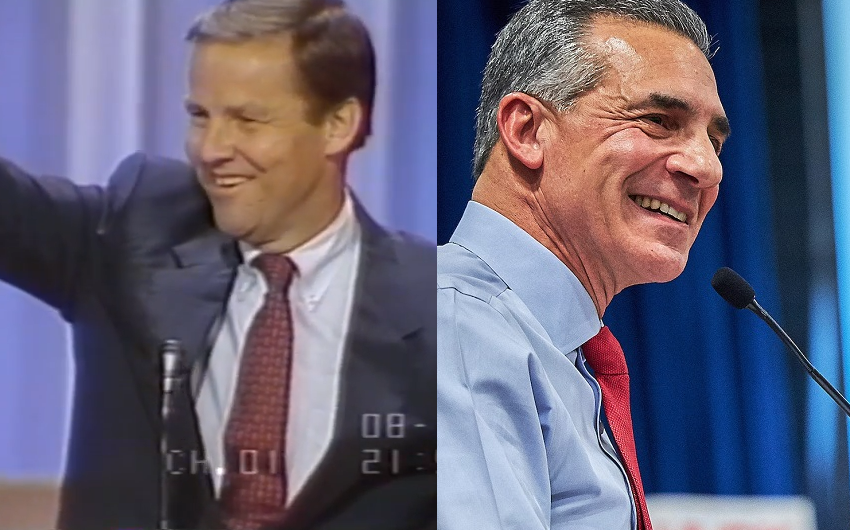 Jack Ciattarelli is now the clear frontrunner for the GOP nomination after Doug Steinhardt’s surprise Monday night exit from the gubernatorial primary. There are some other folks in the race or considering getting in but, unless they can raise some serious cash and quickly, Jack is likely to run away with this thing, Save Jerseyans.

The Somerset businessman and ex-Assemblyman will face some staggering hurdles assuming he’s the GOP’s choice for November. No other statewide Republican candidate has faced a 1+ million voter registration deficit. Phil Murphy is accepting public funding, but dark money groups will pour cash into the Garden State to make sure the Republican nominee is outspent by a few or several times over. What’s more (in case you haven’t noticed) the Republican Party is emerging as fractured and divided as ever coming out of the Trump years.

On the one hand, a Democrat governor hasn’t been reelected since Brendan Byrne in 1977. That’s hopeful news for Republicans particularly as Democrats prepare to assume full control of all three branches of the federal government in the next week; Biden on the 20th, and the victorious Georgia Democrats as soon as January 19th.

However, of the five modern gubernatorial primary candidates who won their party’s nomination on their second attempt, only Tom Kean Sr. went on to win the general election. Kean lost the 1977 GOP primary by a double-digit margin to State Senator Raymond Bateman (who lost to Byrne in November). The senior Kean would then famously go on to win in 1981, serve two terms, and retire of electoral politics as the state’s most popular contemporary governor.

Democrat Jim Florio actually took three cracks at a gubernatorial run (winning the primary on the second and third attempts) until he was finally successful at winning the general election (in 1989).

There are differences between the two men aside from the obvious generational gap.

Kean won a decisive victory in ’81 but Lawrence Francis Kramer (the former mayor of Paterson) placed second in a crowded primary field. As of now, Ciattarelli looks to have a relatively wide-open lane.

Ciattarelli needs to beat an incumbent; Kean wasn’t facing an incumbent the second time around when he held off Jim Florio by just 1,797 votes to win his first term.

Kean and Ciattarelli boast very different backgrounds. Kean entered public life as a patrician of Dutch origin descended from a line of public servants (including his father, Robert Kean, who served as a congressman). Ciattarelli is Italian (duh) and the grandson of immigrants; his father was a middle class small businessman.

Ciattarelli studied accounting, finance, and ultimately became a successful small businessman in his own right.

Kean was a history teacher before entering New Jersey politics in the 1960s.

There’s one big similarity: while neither man was considered “liberal” by the standards of their respective political eras, neither man was/is considered a raging conservative, either. Ciattarelli’s challenge – which is more pronounced given how much bluer the state is now than it was in the past – is to (1) claw back some toss-up suburban territory without (2) alienating the Republicans, Independents, and handful of Democrat converts who collectively became politically active for Trump.