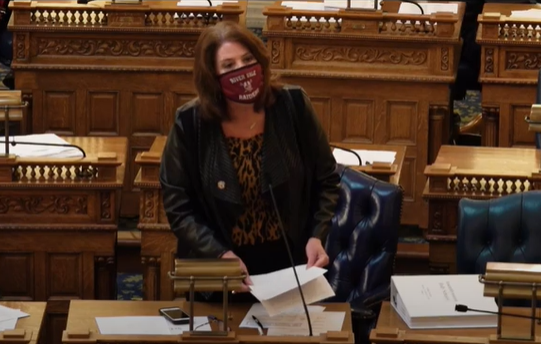 RIVER VALE, N.J. – Another 2021 GOP primary may be the horizon, this time in reliably Republican LD39.

On Tuesday, Assemblywoman Holly Schepisi confirmed for Save Jersey that she’s considering a primary challenge to long-time legislator Gerry Cardinale, her running mate and the district’s incumbent State Senator. New Jersey Globe was the first to report Schepisi’s exploration.

The biggest difference between the pair is arguably generational rather than ideological.

Cardinale first entered the State Senate in 1982 (two years before yours truly was born, Save Jerseyans).

Schepisi is 37 years younger than Cardinale.

Other anticipated GOP legislative primaries for 2021 include a State Senate challenge in LD12 and possibly an Assembly contest in LD21 assuming, as is widely-expected, Tom Kean Jr. declines to run for reelection and Jon Bramnick runs for his Senate seat.