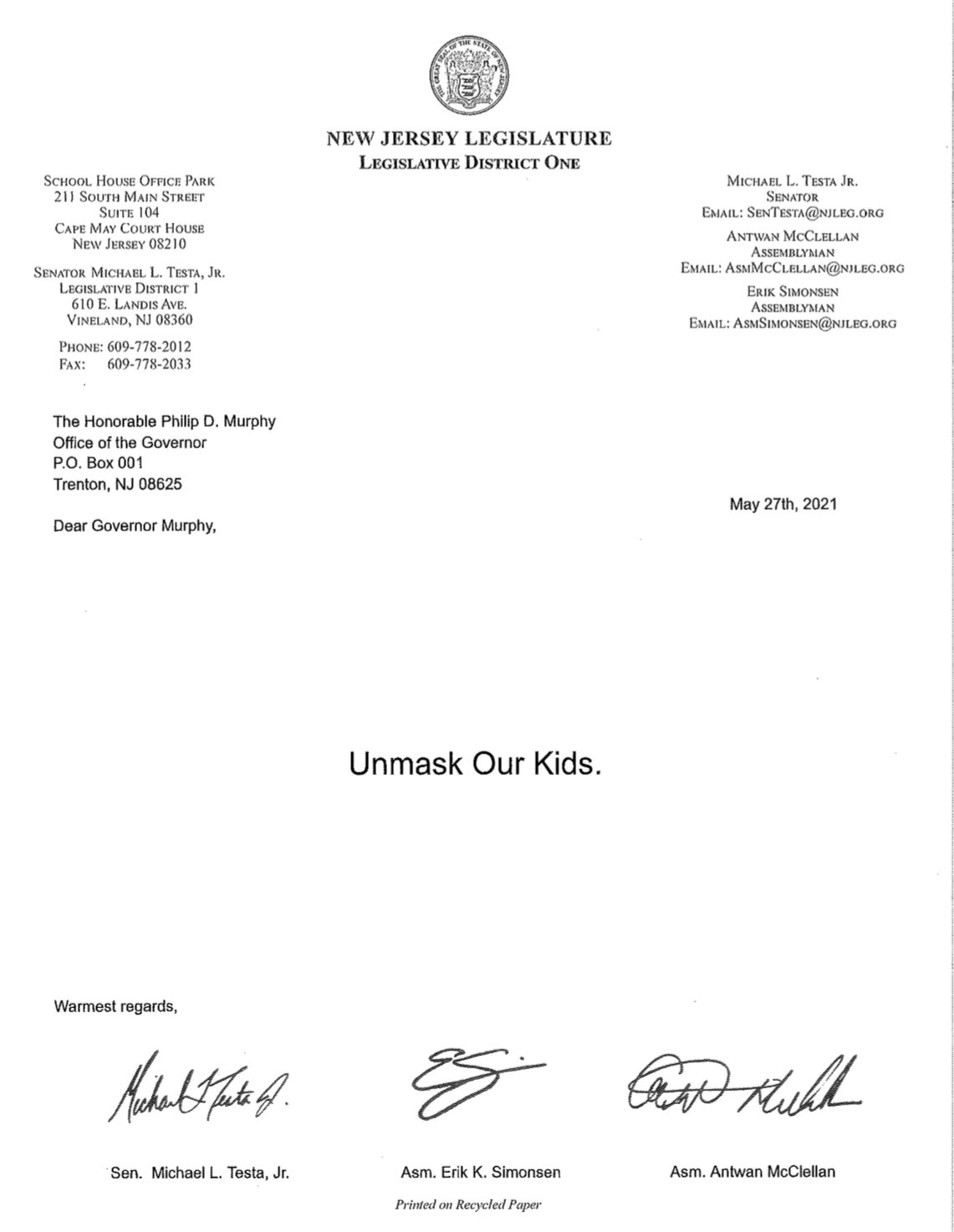 The message isn’t ambiguous, Save Jerseyans, and it’s certain to be a common theme as the GOP enters the final several months of the 2021 election cycle.

The Governor’s mask mandate is set to expire on Friday, but it’s full of holes (as Testa’s fellow State Senate Declan O’Scanlon has pointed out). One of those exceptions is continued masking for school kids which Murphy has said he plans to continue requiring into the fall months… 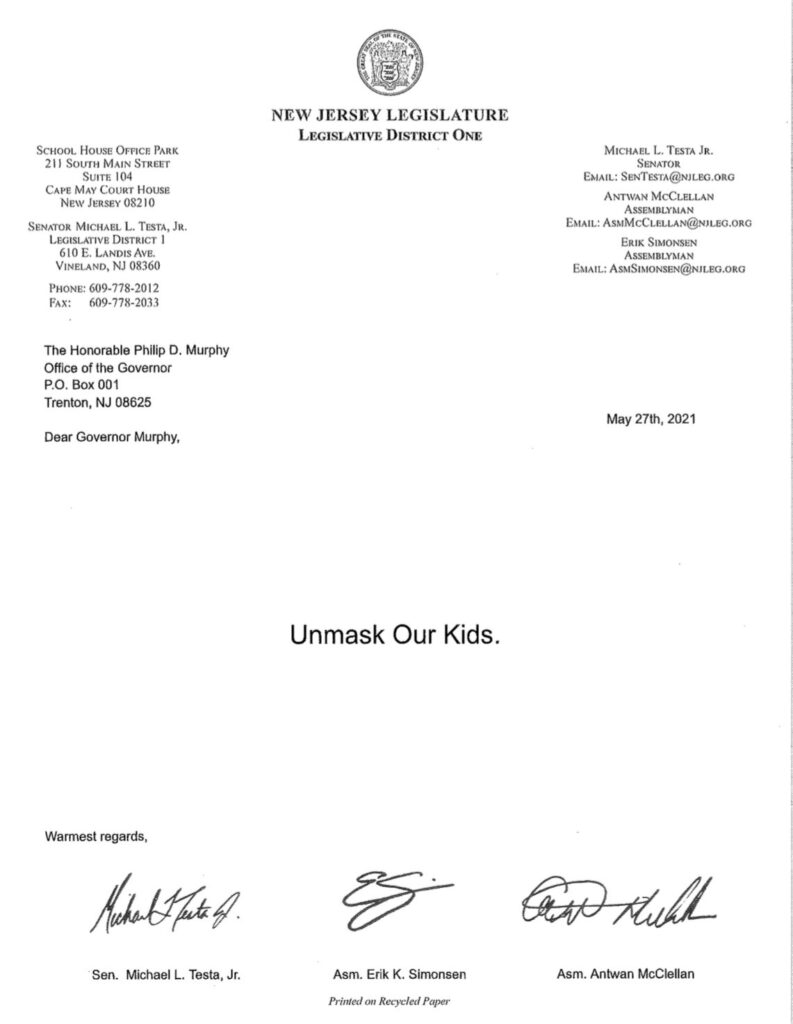