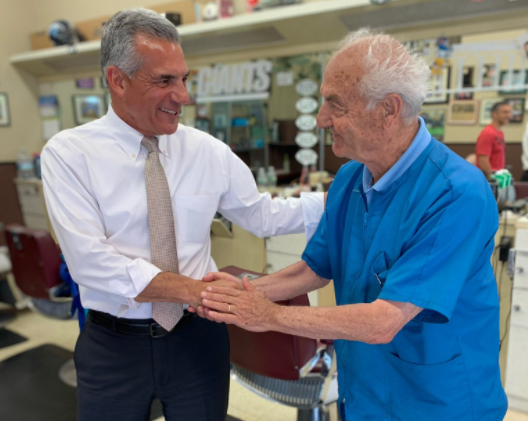 The Murphy Democrats’ Tuesday budget charade – in which they rammed a massive $46.4 billion budget through committees with no notice to the public or most of the legislators actually voting on it – is earning criticism from the Right and even a few folks on the Left.

Jack Ciattarelli hopes to defeat Governor Phil Murphy in November. One day after the budget votes, the Republican nominee pledged that he would veto any bills for which there wasn’t at least a full week’s notice.

“That our state’s $45 billion, 281-page budget was voted on 11 minutes after it became publicly available for review is offensive, and exemplifies everything that is wrong with Phil Murphy’s Trenton,” said Ciattarelli. “When I am governor, this ends. Today, I am announcing that under a Ciattarelli Administration, I will veto any bill sent to my desk that has not been made available to the public and noticed for consideration at least one week before a committee vote.”

“No more backroom deals that disrespect the taxpayers, stifle free press, and embarrass our state,” the former Somerset Assemblyman added. “It is far past time to restore transparency and decency to New Jersey’s government.”

With redistricting delayed until the 2023 cycle thanks in part to late-arriving census data, Ciattarelli is almost guaranteed to have a Democrat-controlled legislature even if he succeeds in winning Drumthwacket in November.