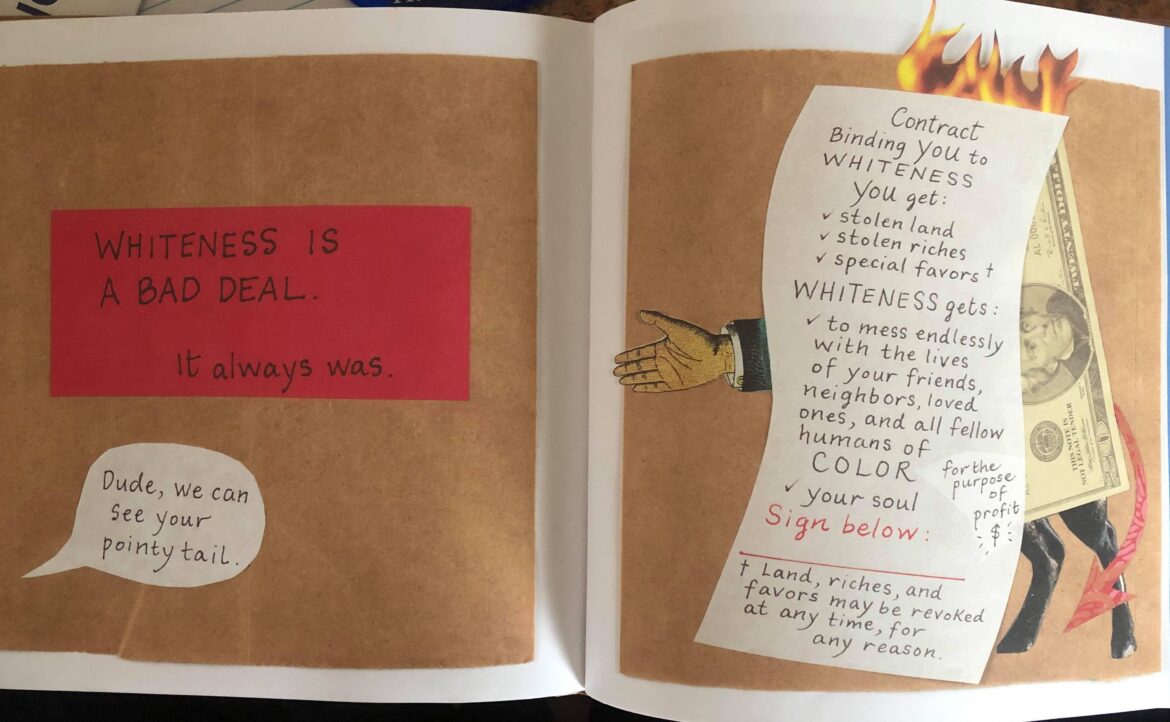 The next time a Leftist friends tells you “they aren’t teaching critical race theory in grade schools,” Save Jerseyans?

Point them to the “social justice” curriculum over in Lawrence Township, New Jersey.

According to The New York Times, Not My Idea is “[a]n honest explanation about how power and privilege factor into the lives of white children, at the expense of other groups, and how they can help seek justice.” In other words, the picture book teaches white kids that they have a secret bias and their non-white classmates that their white friends have a fatal, potentially dangerous flaw embedded in their DNA. Your pal from the school yard… yeah, he’s a budding white supremacist! He or she just doesn’t know it yet.

But Lawrence Township 6th graders are supposed to read it. Not 12th graders. 11 and 12-year-olds, as part of a “Being An Ally and Protest” unit. As I mentioned above, it’s part of the district’s extensive woke curriculum that you can easily locate on the BOE’s website. Here’s an excerpt from the book: 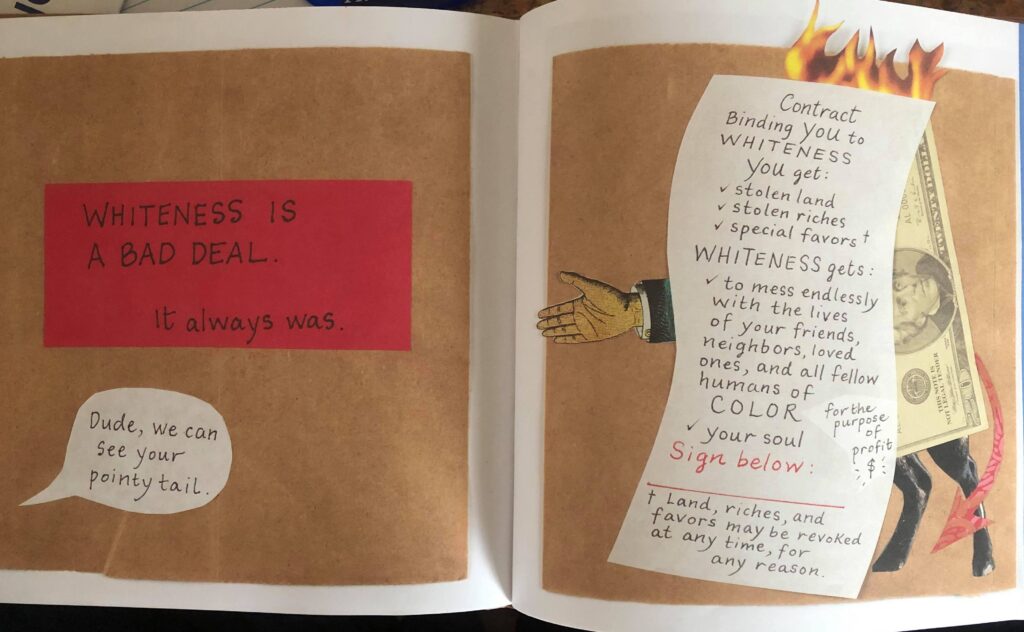 Yup. White people made a contract with the devil! Apparently?

And it gets worse from there. Check out some of the OTHER unbelievable quotes from this book that are unsurprisingly raising eyebrows and pissing off parents across the country:

“Skin color makes a difference in how the world sees you and in how you see the world.”

“Your skin color affects the most ordinary daily experiences.”

“Racism is a [W]hite person’s problem and we are all caught up in it.”

The BOE hosts a particularly wordy section elsewhere on its official website espousing its dedication to “equity, diversity, and inclusion. To the surprise of no one familiar with this stopic, the district’s plans seem less oriented towards promoting actual inclusion than finding “bias” – both real and imagined – where it exists in their students’ minds…

“Additionally and beginning this year, all students in grades 6-12 will take the Panorama Equity and Inclusion Survey designed to find implicit biases in school environments.”

Don’t think this an isolated problem in Lawrence Township. Not by a long shot.

Thanks to Governor Phil Murphy and the Democrat legislature, New Jersey public schools are now REQUIRED to teach “unconscious bias.”