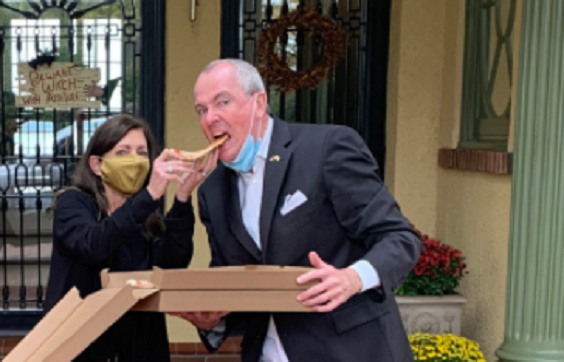 There’s some evidence that the voter registration bleeding for New Jersey Republicans may’ve finally arrested this year, Save Jerseyans. In Monmouth County, there’s even better news for the GOP and a possible major warning sign for Phil Murphy’s reelection campaign.

“We have witnessed resounding Republican victories at the County level for several years, but our Republican registrations have lagged behind,” said Monmouth Republican Chairman Shaun Golden. “Now, for the first time in over a decade, the number of registered Republicans has surpassed that of the Democrats.  We are excited that our years of very hard work in bridging that gap have paid off.”

“We believe that voters are rejecting the disastrous policies of both the Murphy and Biden administrations. Couple the fiasco of Biden’s open borders policies and rising inflation, with New Jersey having perhaps the worst Governor in the United States of America, voters are coming back to the Republican party,” added Golden. “Governor Murphy has crippled our small business, created a mess with the State’s motor vehicle and unemployment systems, raised taxes, ballooned our State’s debt, and oversaw the deaths of 8,000 of our elderly loved ones and veterans in long term care facilities.”

Republicans have performed well in the county despite the Democrats’ registration advantage. Murphy lost Monmouth by 12-points in 2017 (55% to 43%), and Donald Trump posted a relatively narrow 10,517 vote victory there last year. The GOP also currently holds all of the county-wide offices.

Republicans who are successful statewide need large margins out of Ocean and Monmouth counties to prevail and offset losses in the Northeastern region of the state. Chris Christie pulled in 60%+ of the vote in Monmouth in 2009 and 70%+ in 2013. Growing GOP strength in Monmouth is therefore an objectively positive sign for the GOP assuming, of course, that Republicans and independents who declined to support Trump in 2020 return to the fold to back Ciattarelli.

“I believe we are witnessing a shift in voter preference here in Monmouth,” said county GOP co-chair Christine Hanlon who also serves as Monmouth’s elected clerk. “People are moving out of the cities into beautiful Monmouth County and are registering as Republicans because they know what good leadership looks like.”