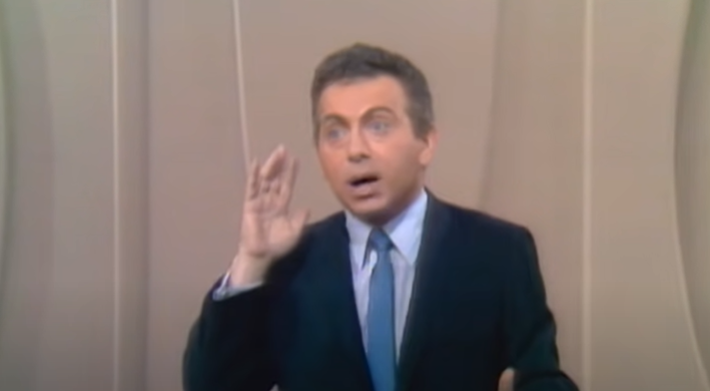 Cross-Posted from the Dan Cirucci Blogspot

When I heard about the recent passing of legendary comedian Jackie Mason, I thought about a time when comedians didn’t have to worry about who they might be offending and comedy was so much funnier because it was truly irrepressible. After all, it wasn’t so long ago that late night TV shows featured hilarious opening monologues and nightclubs showcased ribald or outrageous humor that made fun of every person, group, belief and segment of the population imaginable. In other words, we were making fun of ourselves and taking delight in it. Now, comedians (the extent to which they still exist) tiptoe around topics or, worse yet, wind up lecturing us.

Realizing how much we’ve lost along the way set me to thinking about the nature of comedy itself. One of the funniest guys who ever lived, Charlie Chaplin said “Life is tragedy when seen in close up but a comedy in long-shot.” And, in many ways, that really nails it. Comedy is important precisely because it allows us to step back and take a broader view of things — a view that often actually turns out to be more objective. The separation that comedy affords us allows us to set our raw emotions aside for a moment and acknowledge the common (and often funny) absurdities of everyday life.

Like most great comics, Jackie Mason understood this. He saw the universality of it all in the same way that Chaplin did. And, like Chaplin, Mason poked as much fun at himself as he did everyone else. Also, while Mason (a rabbi by training) took on all comers, he was almost always harder on his own ethnic group than others. In truth, he was simply making comedy out of what he knew best and who he new best. He was a city guy, an observant Jew and a lifelong New Yorker. And all of this became part of his comic routine — part of his schtick.

Mason won a Tony award for his one-man show, The World According to Me which had a long Broadway run. I have to admit I was skeptical when I went to see the show. How could one man hold the stage alone for a couple of hours on Broadway with nothing more than stories and jokes? And how could this be done in Mason’s rapid-fire, staccato manner that devoured one-liners ravenously? How did it happen? To this day I’m really not quite sure. I only know that I never stopped laughing while Mason held the stage. And I was joined by just about everyone else in the audience. The people, the situations and the dilemmas that Mason described were familiar to us. Many times he touched upon things that we readily recognized but hadn’t dared discuss among ourselves. But Mason allowed us to step back as he opened the lid on it all and set everything tumbling forward. And in the endless laughter there was a catharsis — something we desperately needed.

Well, we need that laughter — that joyous release — now more than ever. But very, very few are offering it. Call it wokeness, call it political correctness, call it whatever you want; the truth is it’s had a chilling effect not just on comedy but on the whole world of entertainment. And no one found this more distressing than Jackie Mason himself. In his later years he lamented the passing of the sort of artistic freedom that made his career possible.

Someone who is trying to keep wide-ranging standup comedy is alive is Sebastian Maniscalco. This guy sells out huge venues wherever he goes. But look at where his inspiration comes from. It’s not from Colbert or Fallon or Kimmel. “Growing up, I was a huge fan of Johnny Carson,” Maniscalco says. “I’d watch Johnny’s monologue and get super excited any time he had a comedian on.” That’s admirable but you still won’t find Maniscalco  venturing into the sort of take-no-prisoners, topical political humor that was commonplace on the old Tonight Show where Carson and Leno routinely lambasted both Democrats and Republicans equally.

It was the 17th century playwright, actor and poet Molière who said that “Life is a tragedy to those who feel and a comedy to whose who think.” And therein lies the problem. Modern day liberals, who dominate the popular culture, are all about feelings — feelings that are ubiquitous, easily triggered and invariably offended. As they seek to turn the whole country into a “safe space” for their delicate feelings they’re robbing us of our freedom, trampling on individual liberties and creating a dreary, ultimately cheerless environment.