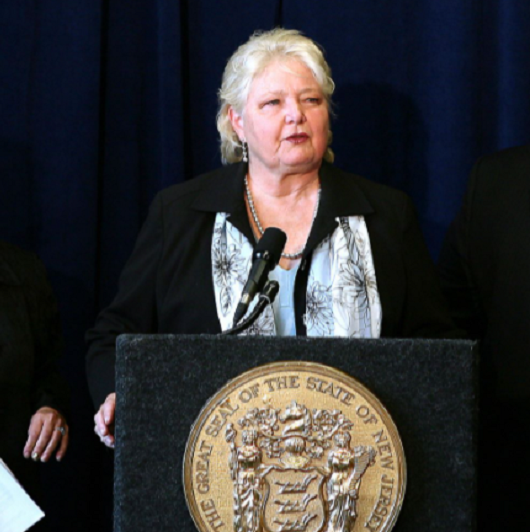 Jack Ciattarelli will reintroduce Diane Allen as his running mate on Wednesday in a two-stage set of appearances. The first stop is unsurprisingly in Allen’s home base of Burlington County; she represented LD7 in the legislature for a generation.

Her second stop will be the infamous Edna Mahan women’s correctional facility.

The “culture of rape” and abuse at Edna Mahan was so pervasive and bone-chilling that, after months of inaction, Governor Murphy decided in June to close it down. It got so bad that even far-Left NJ.com editoral chief Tom Moran was calling on Murphy to do something (hoping, I’m sure, it would be resolved before the outlet endorses Murphy later this year).

Team Ciattarelli’s plans for Allen are fairly transparent out of the gate:

(1) Leverage her residual name recognition with older South Jersey voters to do well down there, but also

(2) Utilize the charismatic elder female statesmen to make the case to women voters in all 21 counties that Phil Murphy doesn’t have their backs.

Issue #2 might have more currency after the big breaking news out of NY State.

Allen is a formidable speaker. She could also speak powerfully to other issues which resonate with New Jersey mothers in particular: school masking, last year’s remote learning debacle, and the breakdown in public safety statewide.

I’m looking forward to seeing how she opens on Wednesday.