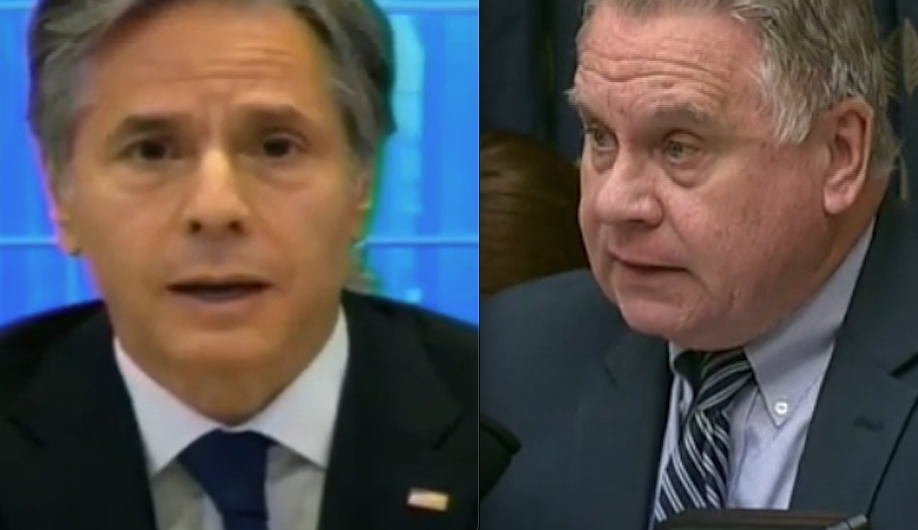 Rep. Chris Smith (R, NJ-04) was one of the congressman questioning Secretary of State Antony Blinken on Monday over the Biden Administration handling of the Afghanistan withdrawal and its aftermath including the vetting of refugees housed at bases.

“I visited our base at Fort Dix recently with some of the other members of congress and our governor and asked a number of questions. But I was very concerned about the vetting–or lack thereof—and the fact that parolees—about 70% strong at our base at least and we’re going to go up to about 13,000–they can leave if they would like,” said Smith. “They’re free to leave. It’s not clear whether or not they can return, but they are free to leave.”

“We’ve surged customs and border patrol, we’ve surged our intelligence and law enforcement capacity to do those initial,” Blinken replied when pressed by Smith. “And then when they get to the United States, first at a military base, those checks are continued using all of law enforcement, intelligence, security agencies to do that, so that we can make sure that we are not letting anyone into the country who can pose a threat or a risk. It’s exactly that balance that is so important as well in the SIV program. We all want to bring Afghans at risk into the United States, we also have an obligation that you rightly point out to the security of our fellow citizens.”

The Biden Administration’s top foreign policy official was also on the receiving end of Smith’s questions on China and Americans left behind.