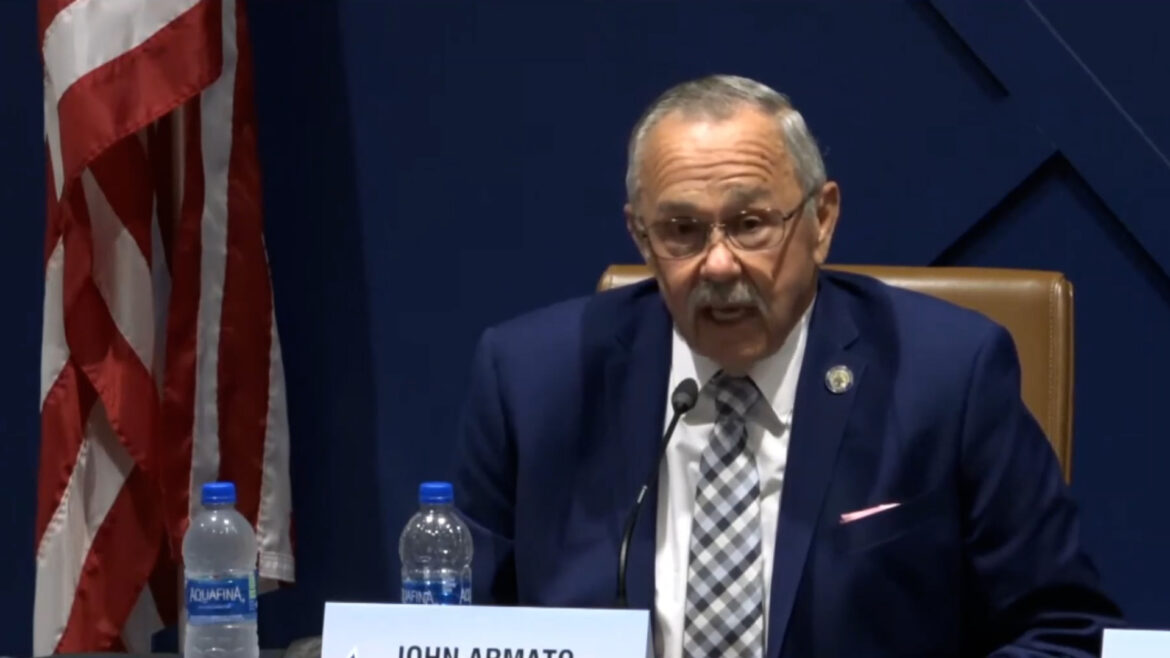 It always comes back to casinos in any Atlantic County legislative fight.

The latest controversy erupted after incumbent Democrat Assemblyman John Armato introduced – then abruptly pulled – a casino payment in lieu of taxes (or “PILOT”) bill bill back in the spring.

It was weird; Armato backed the bill (which critics say benefitted casino corporations at the expense of county taxpayers) then backed away from his own proposal.

The original bill would’ve taken the casinos’ obligation down to $125 million and excluded lucrative sports betting and online gambling from PILOT revenue calculations.

Then at last week’s Stockton University LD2 debate, Armato said he wanted to get a dialogue going between the casinos, city and the county over PILOT.

“Time and again we have to fight for taxpayers against special interests, and John Armato clearly had those special interests in mind when he introduced that bill,” said Don Guardian, the former Atlantic City mayor and a current candidate LD2 Assembly. “Casinos are doing extraordinarily well with online gambling and sports betting becoming more popular. Now is not the time to give casino executives a break when the hard working taxpayers of Atlantic County are already hurting.”

“Assemblyman Armato lost his way,” added Claire Swift, Guardian’s running mate. “Casino owners don’t need our help, Atlantic County taxpayers do. Let’s start a conversation on that, instead of avoiding it and supporting the reckless fiscal policies of Governor Murphy and Trenton Democrats.”