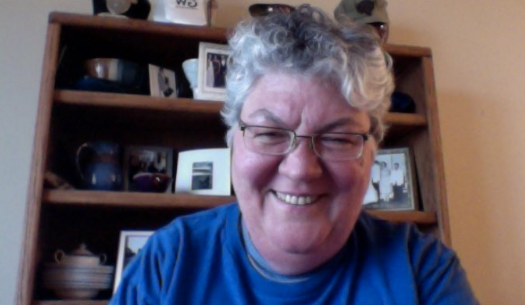 Granted, Fulton has a history of posting insanely far-Left crap.

“Let’s be real,” Fulton tweeted back in January 2018. “When one of our two national political parties is unable to call out racism, our system is broken. It’s not a political statement to say the GOP is racist; it’s a moral statement, and one backed up by an increasing mountain of evidence. #FixThis.”

But let’s face facts: the Biden Administration is loaded with crazy far-Left assholes. Fulton would fit right in.

The bigger issue before the Senate is the fact that Fulton has overseen an absolute DISASTER at the MVC over the past 1 1/2 years. It’s the worst run agency in a state already infamous for poor public services. When yours truly highlighted the epic lines and related issues? Fulton blocked @SaveJersey on Twitter for good measure. Do we really want to put the woman who oversaw this calamity in charge of the Pentagon’s “manpower”? I mean, really??? China might love to see the Pentagon run like the MVC but I have no idea why we or our allies would want that.

There’s plenty of woke craziness to attack, too, including licenses for illegal aliens and gender neutral licenses to boot.

I’m not suggesting Fulton’s hyper-partisan behavior isn’t worth bringing up. I am telling the GOP Senate staff… do some research on the MVC situation! Feel free to call me. I’d be happy to dish, as would anyone who’s had to deal with the MVC over the past several months.