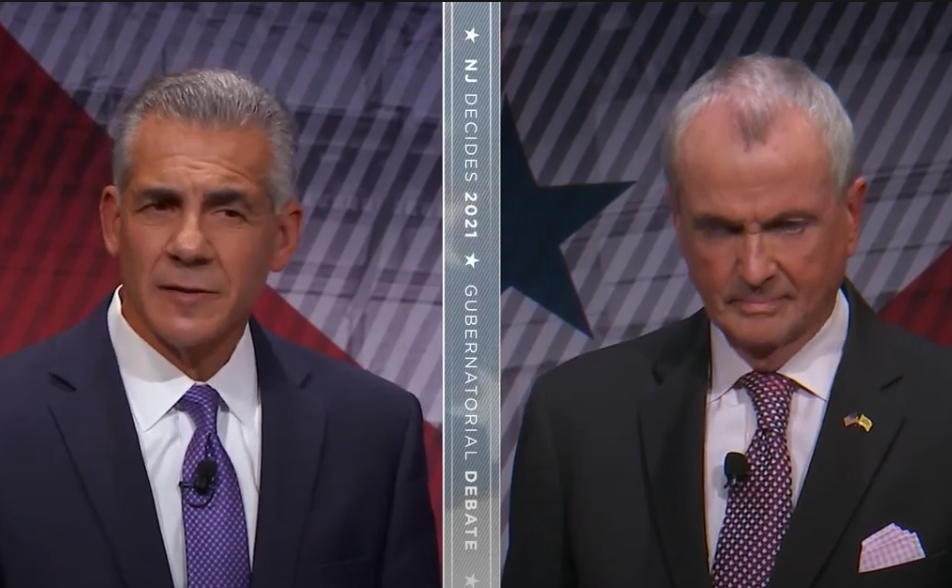 The notoriously far-Left and politically powerful New Jersey Education Association (NJEA) has reportedly put no less than $5 million through its political action committee behind Phil Murphy’s reelection effort this cycle, Save Jerseyans. They’re bashing Jack Ciattarelli directly, too, in literature distributed to the NJEA membership. So you can imagine my surprise – and the surprise of plenty of others who started texting me wildly – when the NJEA was listed among the official sponsors of Tuesday night’s final gubernatorial debate between Murphy and his GOP challenger Jack Ciattarelli.

What would Democrats say if the NRA or Save Jersey popped up as a sponsor?

What you may not know is that it was an extremely competitive process to host one of this year’s debates. Each debate sponsorship group including the partners behind Tuesday night’s debate led by NJPBS, NJ Spotlight and Rowan University had to complete and file an official application which demanded a lot of logistical information and included the following provision among others:

“I understand that the organization may not be affiliated with any political party or with any holder of or candidate for public office and shall not endorse any current Gubernatorial Election Candidate until the completion of all debate(s) which the organization is selected to sponsor.”

Not very ambiguous! And applications had to certify to the accuracy of their representations.

Did the NJEA has input on questions? Panelists?

I raised the NJEA sponsorship question on Twitter shortly after the debate wrapped up. The Rebovich Institute (which co-sponsored last week’s lieutenant governor debate) agreed that my question was legitimate and deserved an answer:

This is a genuinely legitimate question, Matt. There was a competitive process to become a debate sponsor. Yet we saw apparent paid sponsors tonight and at the first debate who were not awarded debate sponsorships by @ELECNJ. No approval, no screening process. Not sure how.

I’ll leave it to ELEC to decide what all of this means from a legal perspective, folks. I strongly suspect Republicans, sponsors of the other two debates and maybe a few unsuccessful debate applications will be curious to hear an explanation.

What we don’t need ELEC to determine? This is the sort of nonsense that seriously undermines public confidence in our much-maligned electoral process. One can’t help but appreciate the irony given Murphy’s constant references to January 6th and the sanctity of our democracy.