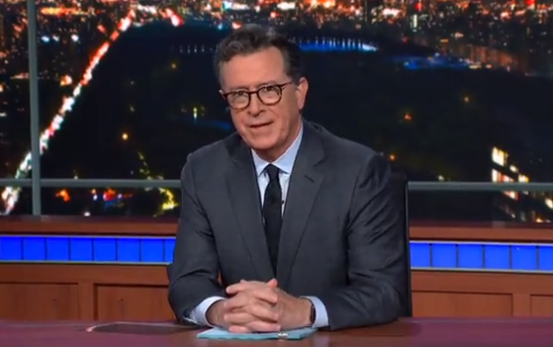 It’s not exactly a controversial observation that Phil Murphy hopes to use early voting to pad his margins, Save Jerseyans. This is the first year New Jersey is permitting voters to cast in-person ballots prior to election day between October 23rd and Halloween.

In a state with over one million more registered Democrat voters than Republicans, it really and truly is a numbers game.

The Murphy Administration is leaning in over the final days of Election 2021, bringing in Obama for a Newark rally and leveraging the state’s official (and sophomoric) Twitter account and a celebrity ally to push early voting.

On Thursday, @NJGov (founded by two Murphy flunkies who were being paid a combined $160k+) tweeted out a message from none other than CBS’s Stephen Colbert:

When you participate in early voting, you can do it the Jersey Way, with just one finger.⁰⁰Thanks @StephenAtHome for breaking down New Jersey's new Early Voting Period, open from October 23rd – October 31st.⁰⁰https://t.co/HCGTLPeHRi pic.twitter.com/K2O0C3uZvs

Whether he’s pushing far-left bullshit on his talk show, dancing maskless with Chuck Schumer, or donating thousands of dollars to New Jersey Democrats, the Montclair-based comedian clearly has a horse in this race! Literally.

So who do you think the Colberts want to show up? And vote early?