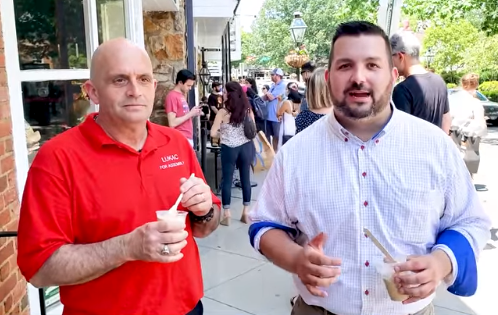 Election 2021 ended up being a Republican wave unlike what we’ve seen in years, Save Jerseyans, and while the gubernatorial battle remained unresolved as of Wednesday morning, legislative Republicans are set to see a dramatic expansion of their caucus.

At the moment, the GOP is on track to gain eight Assembly seats.

In LD3, both of Senate President Steve Sweeney’s running mates appear headed for defeat as does Sweeney himself.

Republicans prevailed in LD11, too, with Marilyn Piperno and Kimberly Eulner unseating incumbents; the same thing seems to have happened in LD16 with Councilman Joe Lukac and school board President Vincent Panico who are currently ahead.

We’re also still watching contests in a few districts including LD38, but until we know what’s still outstanding it’s hard to make a firm call.

The GOP Assembly minority would improve to 36 seats from 28. That’s the largest GOP caucus in the lower chamber since 2001. With a reduced 44 to 36 majority, Democrats would still control the Assembly but find themselves potentially facing procedural hurdles for tougher votes.