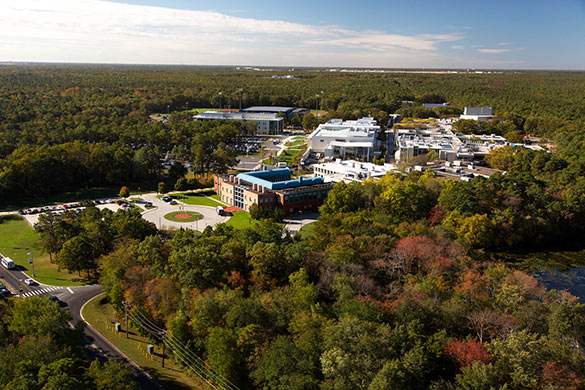 You may’ve missed it with the busy news cycle, Save Jerseyans, but Stockton University decided to exit the polling business last month.

The announcement made in the William J. Hughes Center for Public Policy’s March 2022 newsletter explains that the school “will cease conducting head-to-head election polling as it cannot accurately reflect the electorate, with a significant portion missing from results.” Going forward, they’re going to stick to issue polling only.

Two egregious recent examples: Stockton predicted a 9-point Murphy victory last fall; the governor was ultimately reelected by around 3-points. In 2019, the institute predicted Mike Testa Jr. was on track to lose the LD1 State Senate race by 14-points. Testa triumped on Election Day by 7-points, a 21-point swing.

So no, it’s not surprising or inappropriate for Stockton to call it quits.

What’s outrageous about the decision is who they’ve decided to blame.

“In recent years, many people have stopped answering their phones. This has made it harder and more expensive to conduct phone interviews,” the institute explained in its newsletter explanation. “Recently, cell phone carriers have begun marking polling calls as “potential spam,” further depressing response rates. And in our divided political culture, some Republicans refuse to cooperate with pollsters, who they see as part of the establishment. This has especially made election polls difficult to call accurately, and most New Jersey pollsters missed the strong showing by Gov. Phil Murphy’s GOP opponent in November.”

Did you catch that?

Republicans won’t cooperate! Talk about blaming the victim, folks! Pollsters predict major Democrat wins, the GOP votes is artificially depressed since no one forsees a competitive race, and when the polls are wrong… Republican voters bear the blame? Obviously changes in technology play a role, but other pollsters like the good folks at Trafalgar are figuring it out and producing reliable results.

Patrick Murray of Monmouth University (who also screwed up royally in 2021) penned an op-ed after the dust settled in which he suggested it might be time to do what, months later, Stockton ultimately chose to do.

“Most public pollsters are committed to making sure our profession counters rather than deepening the pervasive cynicism in our society,” Murray wrote. “If election polling only serves to feed that cynicism, then it may be time to rethink the value of issuing horse race poll numbers as the electorate prepares to vote.”

Murray’s hypocrisy is at the root of the problem. This is the same guy who, during the tense aftermath of Election 2020, joked on Twitter about wanting to break congressmen’s fingers, punch Ted Cruz. Does that sound like someone devoted to countering “deep pervasive cynicism” in America?

The polling industry is in trouble primarly because the Media – and far-Left academic institutions like Stockton and Monmouth – use polls as partisan weapons and clickbait opportunities, not tools of investigation. They favor a certain partisan, ideological narrative and endeavor to make the results serve the narrative. There’s always an excuse when they’re wrong (which they increasingly are), and in some cases like 2021, their bias impacts the final outcome.

I’m glad Stockton’s out. I hope Monmouth follows suit. But the problem, as you can clearly see, isn’t polling; the problem is “public” pollsters.