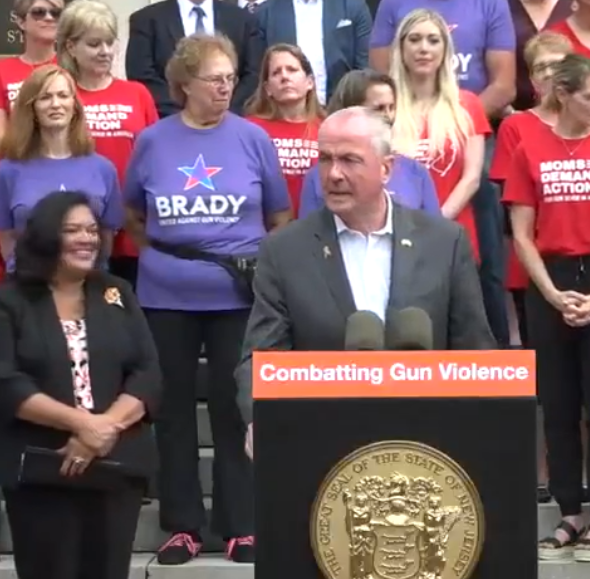 It’s a day for which Second Amendment advocates have long waited, Save Jerseyans.

On Thursday, the U.S. Supreme Court released a 6-3 opinion authored by Clarence Thomas in New York State Rifle & Pistol Assn., Inc. v. Bruen; the effect of the new decision is a confirmation that citizens possess the right to carry firearms in public for the purpose of self-defense. States can no longer deny permits on a subjective basis (because the issuing authority doesn’t think it’s a situationally appropriate move) but only on a categorical basis (e.g. denying guns to felons).

In the United States, “authorities must issue concealed-carry licenses whenever applicants satisfy certain threshold requirements, without granting licensing officials discretion to deny licenses based on a perceived lack of need or suitability,” wrote Thomas for the majority.

The opinion may have a seismic impact in blue states – like New Jersey – with strict gun control regimes. New Jersey’s acting Attorney General Matt Platkin confirmed on Thursday afternoon that the state’s “justifiable need” standard for carry permits was a victim of Justice Thomas’s opinion.

Meanwhile, Governor Phil Murphy raged against the opinion on Twitter and vowed to find a way around the SCOTUS decision:

Let there be no mistake – this dangerous decision will make America a less safe country.

But let me be equally clear that, here in New Jersey, we will do everything in our power to protect our residents.

We are carefully reviewing the Court’s language and will work to ensure that our gun safety laws are as strong as possible while remaining consistent with this tragic ruling.

The same jackass who once infamously declared the Bill of Rights “above [his] pay grade” when called out for infringing upon the First Amendment during Covid-19 is now prepared to dismiss a Second Amendment decision’s “constitutional methodology” as “deeply flawed.”

It’s unclear why Murphy feels confident in his constitutional analysis skills on the 2A but not the 1A, folks.

It is clear that this is a great day for legal gun owners, average Americans who want to defend themselves, and the rule of law generally.