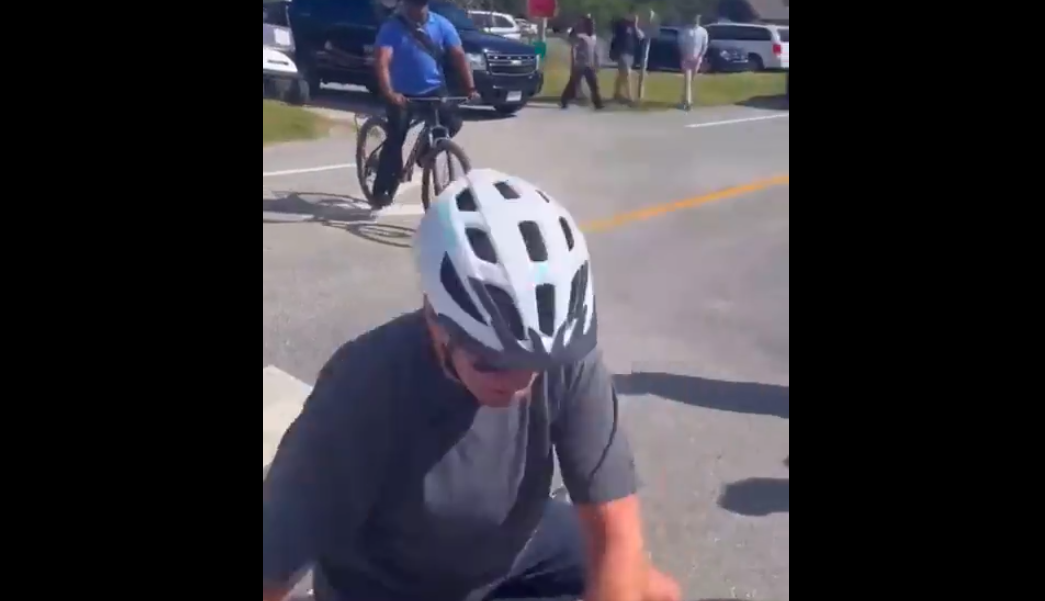 Some presidents come into office with great promise and then squander it.

Others are accompanied by low expectations which they go on to exceed.

Joe Biden is unique insofar as he’s always been a walking, talking human disaster, Save Jerseyans, but the malestrom of the Trump years (and an uber-biased media presentation) succeeded in convincing many Americans…. somehow… that 4-to-8 years of President Biden would be different.

It hasn’t been. As predicted.

That’s why the 79-year-old POTUS’s bicycle accident in Delaware on Saturday morning – dropping faster than our 401(k)s! – is such a perfect metaphor for the trajectory of his presidency. The clearly demented president’s handlers clearly though inexplicably decided that putting him on a bicycle would project strength and vitality. Instead, POTUS took a tumble and we’re reminded that Joe Biden’s 2020 packaging as a competent, capable, steady senior statesman was always an illusion. Remember this gem from two years ago?

“Some people are always in a hurry. They run when they could walk, race up steps when others take it slow. When Joe Biden is president, America is just going to have to keep up.” pic.twitter.com/IoioQRI6KE

Ridiculous then. Absurd now. But the Media never questioned him.

The only difference two years later: the grim consequences associated with letting Joe Biden steer the country can no be hidden from the American people…

Again, all of this is “just Joe being Joe.” Uncle Joe has been sticking his foot in his mouth for years, long before he left the U.S. Senate. At one point during the 2020 campaign, the Trump campaign released an epic list – only a partial one, for what it’s worth – of Joe Biden’s failures and just plain wrong positions over the course of a 50 year public career.

Here it is unedited:

So no, what you’re witnessing in the White House (and on bike paths) isn’t a once-formidable man in decline.

It’s a goober who was always a goober but whom the Media covered for because beating the evil, awful “Orange Man” was priority #1. At the expense of truth, the country’s well-being… everything.

My hope: as Americans continue to wake up to the lie that is steady senior statesmen Joe Biden, Americans also continue to awaken to the Media’s bias and lack of credibility. Everything depends on it.