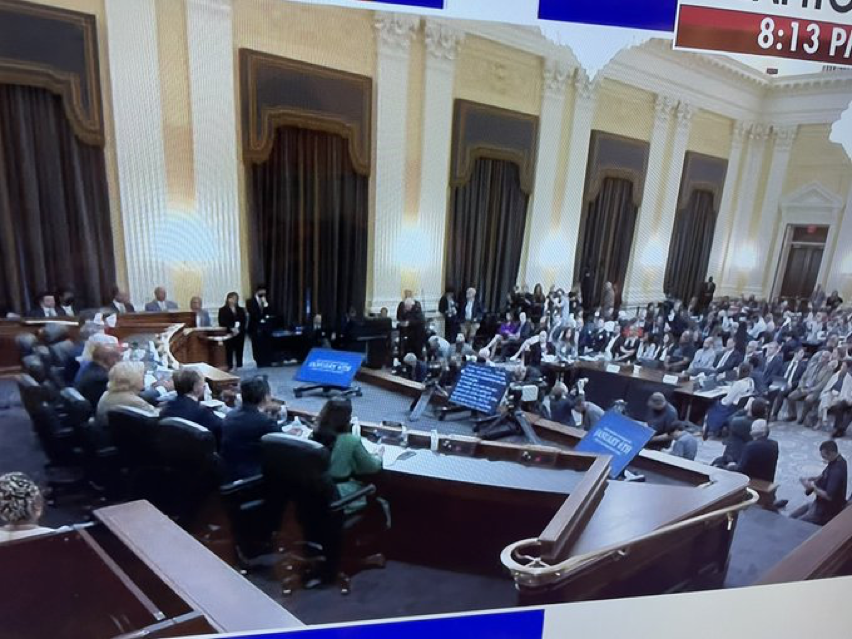 The over-produced January 6th hearings continue to underwhelm, Save Jerseyans.

On Friday, Rep. Chris Smith (R, NJ-04) critiqued the hearings’ many procedural oddities including the ongoing use of teleprompters by committee members, a rarity on Capitol Hill.

“The January 6th committee has been highly partisan, one-sided, choreographed and scripted,” said Smith. “Teleprompters at a hearing? Is this Congress or Hollywood? All of the congressional members on the panel were hand-picked and are in lockstep. Republican leader Kevin McCarthy was denied the opportunity to choose the Republican members. Is that fair?”

The highly-partisan committee even reportedly hired a TV executive for production.

“The Democrats alone decide who testifies including the all-important power to compel testimony – subpoenas,” Smith added. “Who on the panel provides any serious cross examination of the witnesses? No one. All of this seriously undermines the credibility of the January 6th committee.”

WOW they are using teleprompters. pic.twitter.com/S58eNIt9qR