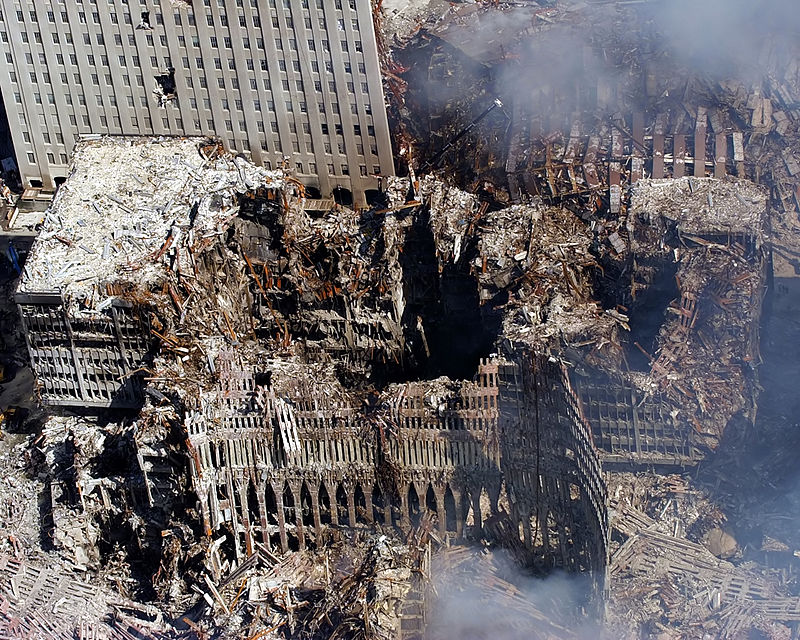 The following remarks were delivered on Sunday evening in Hawthorne:

Most everyone recalls where they were that morning, and how it felt in the moment to realize that our nation was under attack.

I was a young Army Lieutenant, fresh off graduation from West Point and eager to become a helicopter pilot. In the morning it was peacetime and by the afternoon we were a nation headed to war. I’ll never forget it.

I watched in awe. Devastated. And pissed.

In the wars that would follow as a result we lost another 6,951 Soldiers, Sailors, Airmen and Marines. Including 6 of my West Point classmates, David Bernstein, John Hallett, Andrew Houghton, KJ Smith, Joe Lusk and Andrew Pearson. All together, the post 9/11 wars cost 500,000 lives. And everyday new deaths from suicide and cancer add to these totals.

We can’t change the past. We can’t put the towers back up, we can’t bring our loved ones back, we can’t unring the bell. What we can do though is make sure we learn and grow and honor the sacrifices of those who died through actions not just words.

Those we lost live on in us. We are duty bound to preserve their legacy.

Ceremonies like today help us to honor the fallen and to ensure their sacrifices are never forgotten. By getting together in joint remembrance we ensure that generations to come will always take pause to remember what happened on 9/11.

We ensure they remember that there is evil in this world capable of unspeakable things.

We ensure they remember that in the face of evil, on that day and in the wars that followed, Americans rose to the occasion. Men and women raced into burning buildings and off to war. And they never wavered in their commitment to their fellow Americans.

We ensure they remember that through the smoke and ash rose a generation of war fighters who laid their lives on the line in a two decade war.

But remembrance isn’t enough. We need to honor their sacrifice with actions. We need to work together in common purpose to make sure that America always remains the beacon of freedom. On that September Day the very idea of America was attacked, and we owe it to everyone who died that day and in the following wars to ensure we never waiver in our dedication to the preservation of the American idea.

21 years later our Country is stronger than ever. There are the cynics, sure. Members of the media and politics from both sides of the aisle who are in search of the best way to use fiery rhetoric to further their agendas. People who highlight the problems we have as a nation and extrapolate them into a scenario of doubt for our future.

The cynics are wrong. Dead wrong. Our country is as amazing now as it was decades ago. As an elected official I have the benefit of seeing the good in our country and state every day. I get to meet new young firefighters, EMTs and police officers excited to protect their communities. I get to walk side by side with members of our service academies and get to congratulate those who choose to enlist in our great military. While the cynics look through a periscope of problems, I see the state of our nation through a pane glass window. Seeing the whole picture. The good along with the bad. And I can tell you we haven’t fallen from the mantle of world leadership one bit and we are stronger now than ever.

As we remember the heroic actions of the people on 9/11, don’t ever forget that our country is filled with the next generation of people ready to run into burning buildings, fight our nation’s wars, and put the good of the nation and the freedoms of the world above their own. Many of these people are here today, in the crowd, waiting for their calling. I hope it never comes. I hope we never need people to do the unimaginable in the face of danger, but I know we are ready. You are ready.