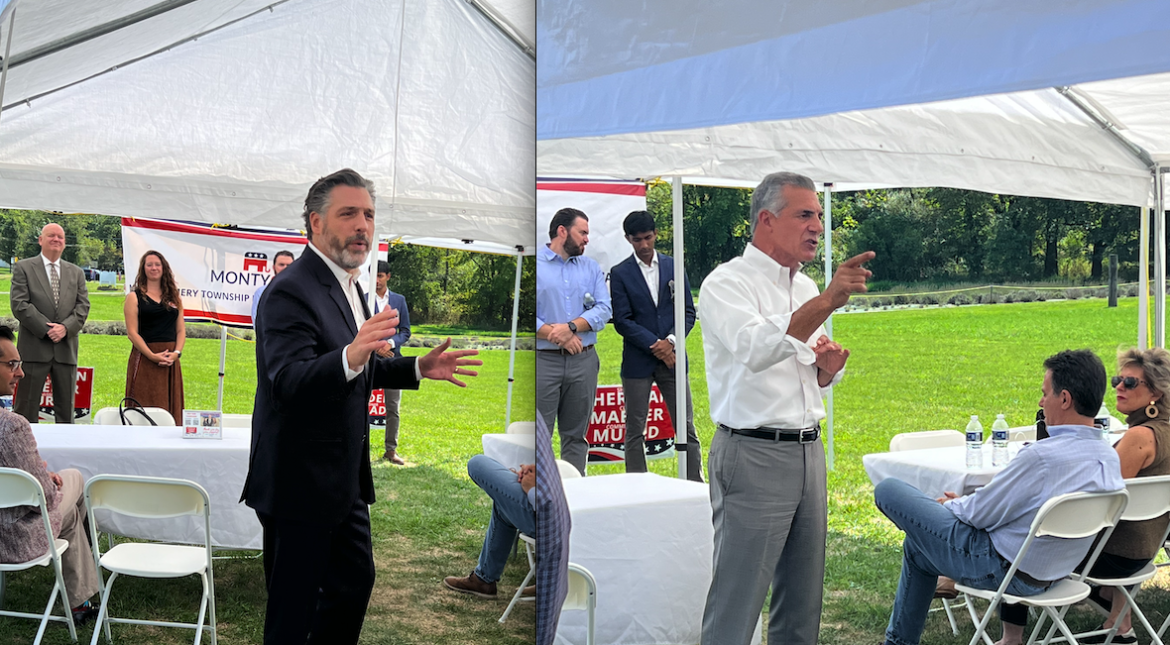 Two of Election 2025’s likely combatants appeared opposite one another on Saturday at a Somerset GOP fundraiser in Skillman, New Jersey.

Both NJ 101.5 morning host Bill Spadea and 2021 Republican gubernatorial nominee Jack Ciattarelli addressed an enthusiastic crowd enjoying a beautiful late summer/early fall day and, according to attendees, declined to make mention of one another.

“Thanks to Jack and Bill, Republicans of all stripes, from grassroots conservatives to GOP Establishment types, came together to support the Somerset GOP and the Montgomery GOP and our great candidates,” said Somerset GOP Chair Tim Howes. “The credit really belongs to the Montgomery GOP chair Rosy Thakkar who did the hard work to bring us together.”

Ciattarelli lost a close race to Phil Murphy in 2021 in part because his margins in formerly red Republican counties like Somerset, Burlington, Union and Morris were well below par. The GOP nominee lost affluent suburban Somerset (which he used to represent in the Assembly) by almost 4-points.