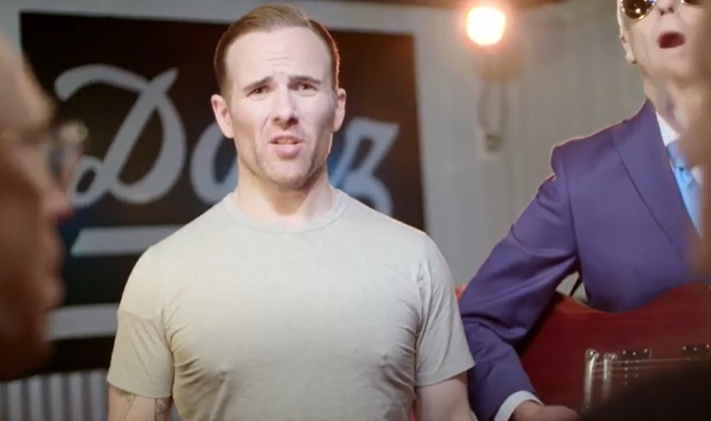 It’s an ad which is, at the very least, guaranteed to turn heads.

NJ-03 Republican nominee Bob Healey dropped his third ad of the general election cycle on Friday; airing on cable and online in Monmouth, Burlington, and Mercer counties, “MADHOUSE” is a hat tip to the congressional challenger’s days as a punk rocker.

“This new ad showcases Bob Healey just as he is – an outsider and different kind of Republican. Andy Kim is a creature of Washington and a 100% rubber stamp for his party. We need someone willing to shake it up instead…and throw a few elbows,” said campaign manager Theresa Velardi.

“While this ad humorously uses MTV style logos, band posters and t-shirts to drive our candidate’s political message, Bob Healey is very serious about giving the Third District voters a choice this November between a common-sense businessman and an ineffective Congressman who is too weak to stand, fight, and win for New Jersey families,” Velardi added.

The 30-second ad was filmed at Dadz Bar in Lumberton, New Jersey, a popular site for local GOP events, and features a guitarist who resembles Joe Biden.

Washington’s a madhouse.
Politicians dancing along to an insane tune –
giving us skyrocketing gas prices, soul crushing grocery bills, and making it harder to get by.

I’m Bob Healey. While my moshpit days are behind me, I’m not afraid to throw an elbow and get things done, like
Cutting spending to fight inflation
Expanding energy production to bring down gas prices
Standing with cops and cracking down on crime.

Enough of this madness – we need a change. I’m Bob Healey and I approve this message.