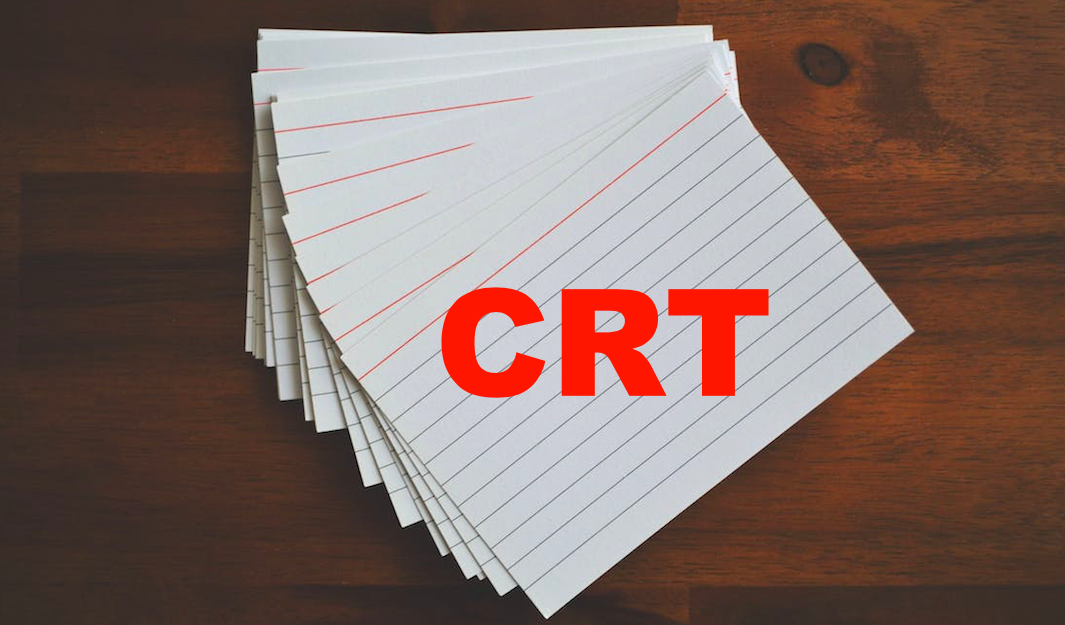 One of the most explosive topics in today’s political and academic discourse is Critical Race Theory (CRT).  Proponents say it is a way to address race in the 21st century.  However, a growing number of opponents say it is an inherently prejudiced, divisive, hateful, anti-American ideology.  Judging from the number of outraged parents showing up to Boards of Education meetings across the country, it is clear that CRT is not seen by many as a valuable addition to the world of academia.

CRT, in short, says that America is an irredeemably racist country with whites being innate oppressors and African-Americans perennial victims.  This, of course, is absurd.  The U.S. is a welcoming country that offers unprecedented freedoms and opportunity for all, as evidenced by the millions of people who want to come to this country each year.  On a broader scale, CRT is rooted in Marxist theory with the ultimate goal to overthrow capitalism.  One of the architects of CRT, UCLA law professor Cheryl Harris has even propositioned eliminating private property rights and having the government seize personal wealth and property with the proceeds being redistributed using race as the main qualifier.  This is the kind of dangerous nonsense that some in the public sphere want incorporated into the curricula used to teach our children.

If we do not want first graders separated into “oppressors” and “oppressed” or public schools instructing parents to advocate for “white abolition” or for students/parents to be asked to “apologize” for their race, then we must take action now.  I, along with Assemblywoman Vicky Flynn, have introduced Bill A-783 that would prohibit CRT from being taught in New Jersey schools.  My staff put an enormous amount of time and effort into researching the most effective bill to achieve this goal, using recently passed legislation from Florida, Ohio and Maine as models.

Perhaps the best defense against CRT is the number of people who are aware of what is happening and taking action.  My office has seen a growing number of emails, texts and phone calls from people outraged at CRT asking what they can do to stop this from infecting our schools.  Citizens across the country have been very vocal against CRT at their local BOE meetings.  The first and most important thing is for people to publicly articulate their feelings.  Boards of Education must be told in no uncertain terms that there is no place for racism in our schools and that CRT must be scrubbed from curricula at all levels.  Many BOE members have told me that they vehemently oppose the teaching of CRT, but are concerned with government mandates forcing it into the curriculum.  That’s where our bill would come in.  Citizens have to contact their legislators and demand that education legislation be free from mandates that include CRT in any form.

It is extremely encouraging to see men and women of every race, creed and political affiliation publicly speaking out against teaching racism and hate for the United States to future generations of Americans.  CRT is the antithesis of the vision of Dr. Martin Luther King when he said “judge not on the color of one’s skin, but on the content of one’s character.” Incorporating CRT into our curricula would set race relations back a hundred years and cause a schism within the country from which we may never recover.  We have come too far as a nation to allow the poisonous, racist ideology of CRT to divide our great country.