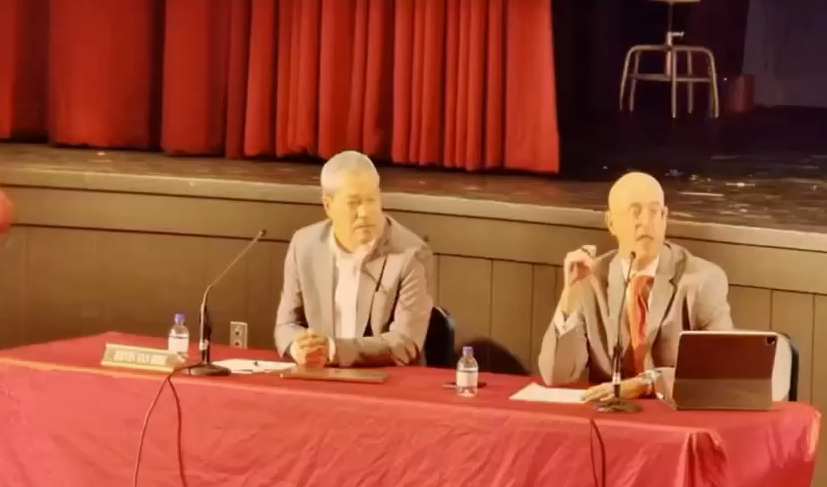 Think Democrats learned anything from the parental revolt in Virginia and New Jersey in 2021?

New Jersey parents are still fuming over Phil Murphy’s radical sex ed curriculum standards which took effect at the beginning of the current 2022-2023 school year. Children as young as seven (!!!) can and will now in many cases be subjected to graphic anatomy lessons and gender “fluidity” materials, and the Murphy Administration has refused to rule out punishing districts who push back.

Don’t dare question any of it! According to a Save Jersey source in attendance, a group of parents in Lawrence Township, New Jersey spoke out at the October 19th Board of Education meeting in opposition to a teacher accused, among other things, of having her 8-year-old students draw transgender flags for the class bulletin board. Yup… “Libs of TikTok” is real life! And it’s happening in the Garden State somewhere every single day.

BOE Attorney John Comegno (whom I understand serves in this capacity for a bunch of boards) reacted to parents’ concerns about what was being taught in the district’s classrooms with the same talking points we’ve heard from the Left since this movement began, notably from the NJEA (which is running ads attacking parents who speak out) and of course defeated ex-Virginia Governor Terry McAuliffe who paid the ultimate political price for his condescending attitude.

“The right […] of parents is not to dictate what their children are taught; it is to determine where they attend,” said Comegno.

Leftist elites want you to shut up, sit down & let them indoctrinate your kids. Again… nothing new to see here.

Lawrence Township schools were already a notorious hotbed for far-Left insanity. Just last year, Save Jersey reported on a book for 6th graders at use in the district which, among other things, declares “racism is a white person’s problem” and equated whiteness to making a contract with Satan. But CRT isn’t in K-12 schools, right? Right…

Comegno’s “you don’t have to stay here” logic is also easy to discredit.

New Jersey doesn’t have a statewide voucher program. You can technically leave your school if you’re not happy with the district’s application of Murphy’s sex standards, sure, but it’s not like you’ll get any of your money back if you leave. With the highest property taxes in the nation and inflation soaring to record levels, many lower and middle income New Jerseyans can’t afford to spring for private school tuition ON TOP OF their $10,000+ annual property tax burden and the nation’s most daunting cost of living environment. In 2022, the choice articulated by Comegno is largely restricted to high income earners.

We pay for these schools, Save Jerseyans. With our hard-earned money.

The notion that the government can push adult topics and radical agendas on our kids without the taxpayers having a veto is the very antithesis of that democratic spirit our liberal friends are constantly squawking about.

If there was ever an argument for universal school choice? This is it!