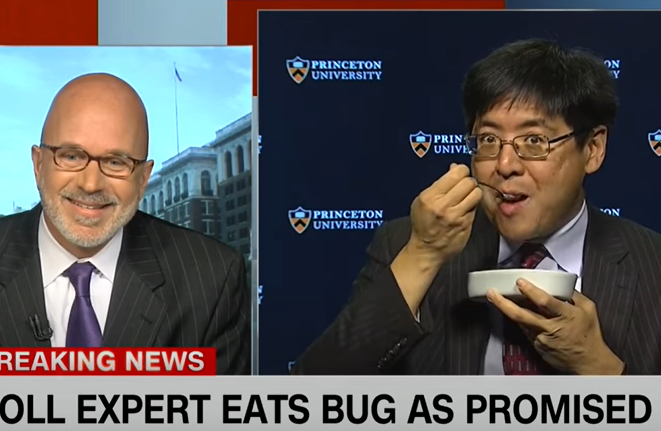 When I warned that Republicans should brace themselves to lose the House earlier this week, Save Jerseyans? Some readers and friends chided me for being an alarmist. Well, as it turns out, I guessed at least one thing correctly this cycle.

After it initially looked like a 220-some seat GOP majority in the immediate aftermath of Tuesday’s red puddle, Republican forecasts have darkened as toss up district after toss up district all continue to tilt in one direction: Democrat. No one should be surprised: vote-by-mail is a Democrat monopoly in most states.

The latest NYT analysis puts the new GOP “majority” at 219 seats… one more than the 218 needed to control the lower chamber..

This is very good from @Nate_Cohn. If current trends continue in the House, we're looking at a 219-216 R majority. https://t.co/NYXpCtErZk pic.twitter.com/YyzOXrjmNR

So it’s still somewhat likely that Kevin McCarthy is about to have the roughest speakership in modern history, scrambling on a daily basis to guarantee the full attendance of his caucus for important procedural votes, battling empowered fringe factions within his own ranks, and praying to God that no one gets sick, retires, or celebrates a kid’s wedding during a critical voting session.

It’s also now very possible that Democrats end up with a small majority (see above). After all of that, yes, Nancy Pelosi could be on track for a third act. Paul Pelosi desperately needs a babysitter but may have to go at least another two years left to his own devices.

And if there’s a super-slim Democrat majority in January? There will be plenty of blame to go around, but two New Jerseyans will have played an outsized role in denying Republicans a simple majority:

John Wallace is a former New Jersey Supreme Court justice. Sam Wang is a Princeton professor. The former was appointed tiebreak for the recent New Jersey congressional redistricting commission, and Wang was chosen as an advisor. Their final work product took a map which once had at least five competitive districts and turned it into one with only 1 or 1 1/2 truly competitive seats (NJ-07 and NJ-02 sans Van Drew in a bad “R” year).

How did such a blatantly anti-democratic, pro-Team Donkey map succeed? Upon announcing his decision to support the Democrat map, Wallace (whose own wife had donated to the DCCC while Wallace was working on the new map) unbelievably explained that he simply believed it was the Democrats’ turn (!) since the Republican map had won ten years prior.

Here’s the audio; not making it up!

His former colleagues on the state’s high court unsurprisingly declined to reverse him.

Meanwhile, Wang (whose Twitter feed is full of Leftist retweets, anti-Trump clickbait and obvious clues of his ideological oritenation) was accused of data manipulation by whistleblowers. In other words, the map itself was allegedly the product of a liberal Princeton professor putting his finger on the scales. Princeton ultimately cleared Wang but declined to release the report. Did Princeton really believe Wang was on the up-and-up? Or was Princeton protecting Princeton? We may never know for sure, but we can certainly guess given the map with which we were saddled.

Skip ahead to present day. A review of the latest vote totals points to a disturbing conclusion: had Republicans been able to run this cycle under the old map? Or even their proposed alternative offered up last year? There’s a reasonable chance the new N.J. House delegation would be six Republicans strong instead of only three deep (Van Drew, Smith, and now Kean in NJ-07).

Those three lost seats – and the two hacks who took them away for transparently partisan reasons – could prove the difference between Speaker McCarthy and Speaker Pelosi in the days ahead.

MATT ROONEY is SaveJersey.com’s founder and editor-in-chief, a practicing New Jersey attorney, and host of ‘The Matt Rooney Show’ on 1210 WPHT every Sunday from 7-10PM EST.