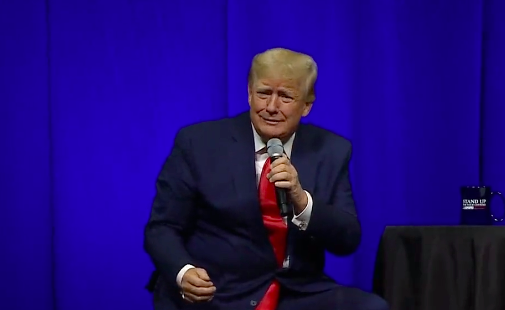 He’s back, Save Jerseyans. Or at least his account is.

The Elon Musk-led Twitter management decided to un-suspend former President Donald Trump’s account this weekend; Musk appeared to base his decision (at least in part) on the results of a Twitter poll in which roughly 52% of respondents endorsed restoring Trump after he was banned back in 2021 in the aftermath of the January 6th riot. Over 15 million users participating in the poll.

The announcement of Trump’s account’s restoration came the next day, less than one week after Trump launched his 2024 presidential campaign…

The people have spoken.

Trump will be reinstated.

Trump had yet to tweet from the account as of Sunday afternoon. He started his own platform – “Truth Social” – after his Twitter ban was handed down, and it’s unclear whether he’ll begin tweeting again.

The temptation will likely be too hard to resist. The platform was largely responsible for the former reality TV star’s ascent to political power in 2016, and Twitter’s base of users is still far larger than Truth Social’s own. Trump’s account still boasts 86.4 million followers (three times the size of President Biden’s following) which makes it an unequaled medium through which to advance his narrative heading into another election cycle.