Not letting the flash flood get in his way, Senator Tom Kean, Jr. made his way down to Camden County to support county and municipal candidates in what are shaping up to be (for a lack of a better word) unusually competitive races this year. 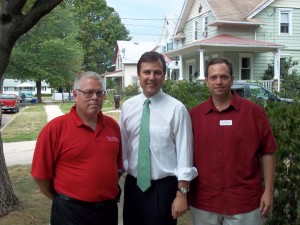 Senate Candidate Harry Trout. Afterward, he made his way to my hometown of Voorhees to support Mike Friedman, a municipal candidate running a very competitive race in a town where Democrats out number Republicans (but both are out numbered greatly by Independents, who by all accounts are going our way this year). Friedman’s campaign has been no stranger to support from members of the State Senate, as Senator Kyrillos came to support him at an event earlier this summer.

If nothing else, this highlights the subtle changes taking place in a county that is historically far bluer than its neighbors. With redistricting decisions being made in the coming months, state officials are surely taking notice of this area for changes that could change the makeup of the Legislature in the 6th District. A little help from friends in high places, namely Trenton, could tip Camden County just enough to make something big happen this year, whether it be at the county or local level in numerous competitive races going on this year.

There is no doubt that this time of year, Senator Kean is in high demand for appearances and he could have been anywhere supporting anyone, but he chose Camden County. This is a part of the world that in the coming years should not be overlooked for support in statewide races. 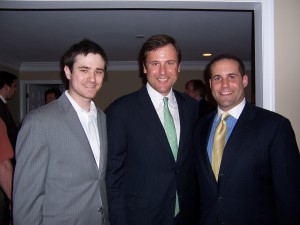