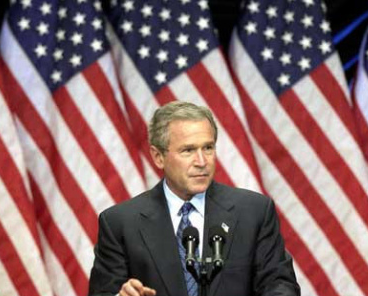 Let me be clear, Save Jerseyans: President Barack Obama deserves a heaping helping of credit this morning! A band of exceptionally brave American special ops working under his Administration’s direction brought to justice one of history’s most notorious mass murderers. He acted swiftly on solid intelligence and achieved a great victory for the United States, and for that he is owed a great deal of praise.

Osama’s body may be on ice for the moment, but I’m 100% sure his soul is presently taking up residence in a much warmer climate. Meanwhile, Americans everywhere are justifiably overjoyed at the news of his death. We’re overdue for good news!

The one irritant amidst last night’s online celebration was the small army of President Obama’s cyberspace supporters who fail to respect/acknowledge/comprehend the history behind Osama bin Laden’s demise.

I saw dozens of ill-informed Facebook status updates proclaiming how Obama’s alleged “departure” from Bush policies made tonight possible. Huh? Furthermore, they strangely concluded it’s time to cut and run from Afghanistan now that Osama is finally on ice in a U.S. military morgue….?

These folks couldn’t have gotten their analysis more wrong if they were trying! In reality, the only two things going well at the moment for this White House — Iraq and the death of Bin Laden — were achieved largely through the continuation of Bush era policies… over the objections of the President’s own base! 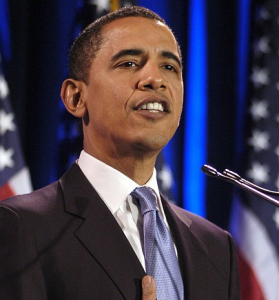 Democrat nominee sobered up and began reversing course. In fact, Obama’s conversion compelled him to back a similar surge in Afghanistan. Spearheading this effort has been a Bush holdover (Defense Sec. Robert Gates) and, much more recently, President Bush’s Iraq ambassador and a visiting professor at his presidential library, Ryan Crocker. I also don’t doubt that Osama suffered from a lack of ground support thanks to Obama’s epic reversal on Gitmo; the latest news in this developing story is that the information leading to Osama’s killing came from detainees.

We may not know the full story behind Osama’s death for years. What seems clear this morning is that the Obama Administration didn’t let diplomacy get in the way of bullets in the hunt for Al Qaeda’s infamous figurehead. The U.S. didn’t allow Pakistan or the United Nations to ground unmanned drones or shelve special forces units responsible for driving Bin Laden out of the caves and into a position of vulnerability.

This ultimate victory over Bin Laden was unilateral. It was the product of decisiveness and determination. It was, in all seriousness, everything that our confused involvement in Libya wasn’t (or is?).

Just don’t expect President Obama’s social media groupies to appreciate the irony. Their minds have trouble digesting anything that can’t be condensed into a tweet. If it had been up to them, we would’ve left Afghanistan years ago and Sunday evening’s tremendous news would’ve never been realized.

So let us give credit where credit is due. To President Obama, President Bush, and the brave members of the American military and intelligence communities: Save Jersey salutes you for bringing Osama Bin Laden, the face of the War on Terrorism, to justice.