Carl Lewis was back in court today, this time for oral arguments before the Third Circuit Court of Appeals. The panel of judges will soon decide, yet again, that Carl Lewis does not meet the residency requirements to run for Senate in the 8th Legislative District or anywhere else in any state that is not California. But as the arguments were being made, Monmouth pollster Patrick Murray was commenting on a rumor that I had been hearing around the halls of the state house when this whole saga began: that Carl Lewis’s end game is a run for Congress against Freshman Congressman Jon Runyan. While it is likely that Lewis could beat Runyan in a 100 meter dash, the idea that he would unseat Runyan in 2012 is borderline hilarious. 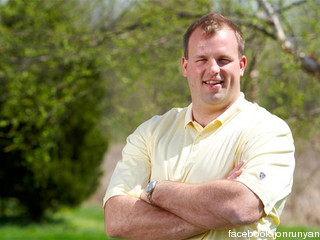 Jon Runyan won the 3rd Congressional District in 2010 by a strong margin over John Adler. Runyan managed to carry Ocean County easily, take large chunks of Burlington County, and cut margins in Cherry Hill, the only town in Camden County within his district, to secure the seat for the GOP yet again. He did this against an incumbent who had spent two years attempting to position himself as a pro-business, fiscally conservative democrat with certain votes, including one against ObamaCare, to try and prove it. Throw in the fact that Adler was fairly popular and well known from his days in state government and you have quite a tough incumbent to beat. But we all know how it turned out. 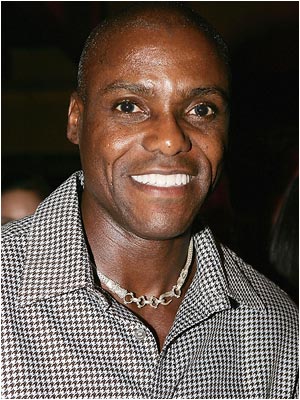 Now, Carl Lewis, an athlete who has not been in the news in any significant way for over a decade, a man who’s name recognition is attached to either running, butchering the national anthem, or attempting to run for office in a state he does not actually live in, wants to try and take on a popular, sitting congressman based on what? The fact that he is an athlete too? Please! If this is the best the democrats can do then bring it on. The minute Lewis files for this election he will be exposed as a puppet for the South Jersey Democrat Machine. They want to use him and use the state government as a stepping stone to take back a seat that the machine feels it never should have lost to begin with.

It wont work. If Lewis’s name recognition was a problem before, it is not now. Everyone in LD8 knows that Lewis has been constantly losing in and out of court as he attempt to run. All they will remember is that Lewis did not live here and does not know the issues that Save Jerseyan’s face every day. Would you walk into a voting booth and vote for a guy that you remember being kicked off the ballot for illegally filing as a candidate? Exactly.

The Dems need to move on from this obsession with running an athlete to take down an athlete. The voters of CD3 voted for change not because Runyan was an Eagle, but because he offered an alternative to what they had, he offered a fiscally conservative platform for a fiscally conservative district that experience a fluke in an Obama election year. And the voters of the LD8 deserve more than to be treated as a stepping stone to Washington. Give it up and find yourselves a new puppet.

9 thoughts on “Carl vs. Jon? Laughable.”