Remember the contentious Bear Hunt in New Jersey last year? You probably don’t because it has nothing to do with anything important that we should be fighting to save, such as students in failing NJ schools or money from your property tax bill. However, the hunt did take place, and even though 589 were taken down, its hard to believe that the massive negative PR surrounding the hunt didn’t cause it to be scaled back a bit. 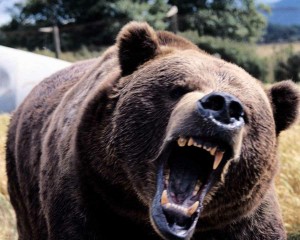 Well, one bear made it out alive, and in an obvious act of revenge attacked two children at summer camp in Sussex County. One boy was literally dragged from his tent by the bear. Both sustained minor injuries and are thankfully alive. The bear, however, was not so lucky. State officials came and took care of him; making sure he suffered the same fate as its 589 brothers and sisters.

This is what happens when dangerous animal populations grow too large and cannot be controlled and regulated to zones where they can live without coming into contact with humans. Maybe next time the state wants to step in and try to fix the problem people can just think of this attack and whine a bit less.