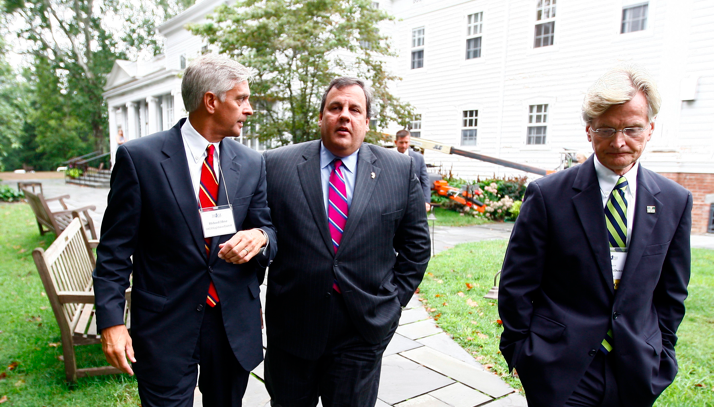 Republican hearts are all a-flutter this morning from sea to shining sea, Save Jerseyans, and it’s all because of a Newsmax story alleging that Governor Christie is strongly reconsidering a 2012 White House bid.

Just don’t fall for it!

I know, I know. No one likes the buzz kill. But I have good reasons for thinking this story is baloney. First off, every “source” referenced in Jim Meyer’s story was commenting on deep background. That’s extremely problematic. For example, “a source familiar with the meeting” of shadowy Christie backers could really be the bellhop who delivered Chris Christie’s hash browns to his hotel suite. Whoever said it is likely A) unimportant/unimpressive as a source if we heard the name, or b) is so unsure of the veracity of what they’re saying that he or she won’t risk attaching their name to it.

Until a source “in the Christie inner circle” says he’s running, you have to assume that anything else is pure speculation expertly employed by the media to drive website traffic.

Secondly, the story references, but doesn’t cite, “Senior aides to Christie” who allegedly “have been quietly urging his supporters not to commit to Perry, indicating Christie was still mulling a bid and would make a final decision after New Jersey’s legislative races are completed in November.”

This is a misread in my humble opinion.

Every New Jersey pol knows that Republicans are very unlikely to pick up the nine Assembly seats necessary to retake the State House in 2011. As of this moment, only four Democrat-held state senate seats are being seriously contested; Republicans would have to win all four to have a majority in the upper chamber. So clearly, the Guv isn’t exactly predicating any major life decisions on this cycle’s election returns. That battle was lost when Alan Rosenthal screwed the pooch as the redistricting tiebreaker. It’s also worth noting that Governor Christie is hosting seven fundraisers next week and four of them are for the New Jersey Republican State Committee. Doesn’t sound like an incumbent disinterested in a 2013 gubernatorial campaign, does it?

I don’t want to dump on fellow new media practitioners. If Newsmax, Drudge, and other fine websites want to continue to push the Christie brand then I say fine! I’m sure he’s flattered and New Jersey appreciates the positive press. We could always use it. But the Governor’s interests in the presidential sphere have little to nothing to do with real presidential aspirations… for 2012, anyway. His circle is simply determined to preserve the big guy’s status as a “kingmaker” of sorts in the GOP primary and national Republican Party business generally. I think we’re all going to be better off for it.

Now who needs a cold shower?