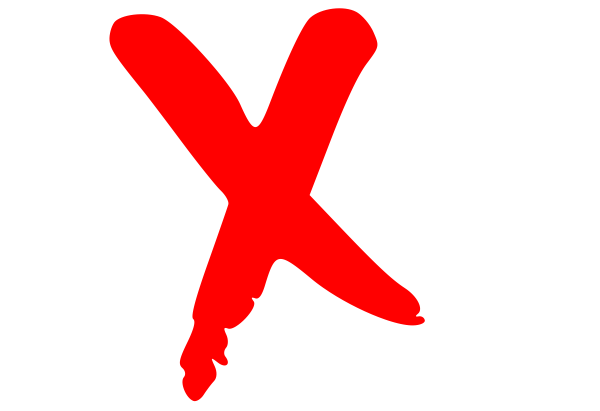 And with Florida’s primary being moved up to January, there’s precious little time remaining to pick a bandwagon.

Interestingly enough, I’m finding it a whole lot easier to decide who among the declared field I’m NOT supporting. Towards that end, I’ve poured my mental primary checklist out onto the post space below. Please note up front that I reserve the right to “un-strike” the stricken if they impress, wow and/or dazzle me at some point. The strike simply means that I’m not anticipating a political redemption between now and vote time:

: I’ve got three words for you – “Fred Thompson Redux.” I frankly can’t discern which problem concerns me more: the Texas ‘Dream Act’ itself or, alternatively, the Texas-sized nap I take every time he tries to justify it in a debate. Has he put together an impressive gubernatorial tenure? Absolutely! But T-Paw was a good Guv, too. Keeping people awake and engaged is the real challenge. It’s a challenge that Perry hasn’t tackled successfully to date.

(2) Mitt Romney: Let’s be clear – this race would be over already if monied Mitt a) would learn how to sound ticked off, b) put “Romneycare” and mistake in the same sentence and c) convert from Mormonism to something else. The first two points he can control. The last issue is an unfortunately but real problem for plenty of base voters who would never admit to feeling that way in polite company. But they’re out there, Save Jerseyans, and I personally believe it’s an awfully ignorant attitude that could also cost our party dearly.

: How can I vote for a man who thinks Dennis Kucinich would be an asset to his or her cabinet? Dr. Paul is as crazy as those goofy Iranian hikers who, incidentally, he would agree with on most points of foreign policy. I don’t like this guy, Save Jerseyans. In fact, Ron Paul winning the GOP presidential nomination is one of the few events that could actually make me consider starting a Garden State Whig Party. No joke.

(4) Herman Cain: Cain gets the award for “most improved” throughout the debates. He clearly learns fast and knows how to market himself and his ideas as well as Godfather’s pizza slices. “9-9-9” is probably stuck in your head too, right? Polls suggest it might be sticking in plenty of other heads. Too soon to tell.

(5) Newt Gingrich: Yes, he’s the smartest man in the room. He’s also the most resourceful having survived a major Paul Ryan gaffe and the mutiny of his entire core staff. Newt succeeded in completely re-tooling his image from cranky 1990s relic to the Yoda of Republican orthodoxy. He could be a kingmaker and that might’ve been his goal all along. Or maybe he’s a dark horse in waiting if the leaders fail to generate enough juice? VP is out of the question but not much else is. Stay tuned.

: How can I add to what I’ve already said? She’s Steve Lonegan in a skirt. Blind ambition makes people say and do the craziest things. I saw it in Steve in ’09, so I know exactly how to recognize it in Michele in 2011. Not a “unificator” at all as President Bush would say. For all these reasons and a few more, I’m 0% shocked that her polling numbers are dropping like a rock.

(7) Rick Santorum: Provides a much needed counter-point to Dr. Paul’s isolationism. Could be a strong social conservative VP choice if Mitt Romney prevails.

: If Bachmann reminds me of Lonegan, then Ambassador Huntsman reminds me of another NJ 2009 villain – Chris Daggett. Completely flavorless and a little too comfortable with the other side. On the issues? Pick a topic besides China where Huntsman stands out at all. And what makes him worthy of the party leadership mantle? He doesn’t even seem to like the GOP all that much! A little ideology is important to animate pragmatism and inform dialogue. Ironically, pragmatism itself dictates that being anti-party label is a real handicap in a partisan primary.

So do you agree or disagree with my list, Save Jerseyans?

Feel free to let me have it in the comments section. I won’t bite. Not hard, anyway.