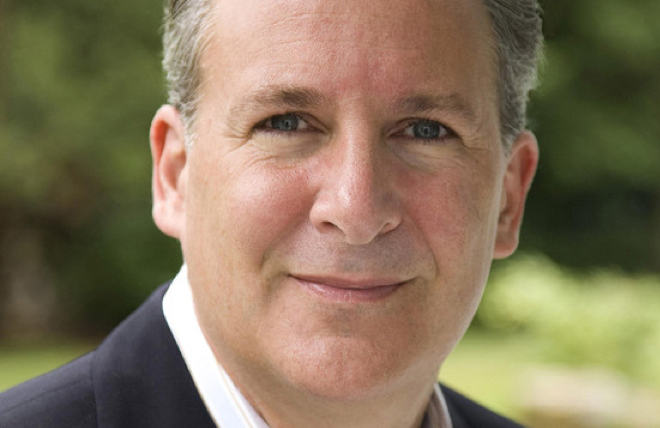 If you do, Save Jerseyans, then others might not be able to tell the difference!

Gazillionaire American businessman Peter Schiff is no fool. He is an author, radio host, financial sage, former U.S. Senate candidate, and the prime force behind Euro Pacific Capital. Needless to say, he’s everything that the Occupy Wall Street ignoramuses allegedly hate. Undeterred by what he must’ve expected to encounter, Schiff cast caution aside and decided to brave the gross conditions at NYC’s Zuccotti Park toting a sign that read “I Am the 1%, Let’s Talk” in search of an explanation for these random (although shrinking and isolated) public demonstrations of far-left angst.

The end result of this bold social experiment? An incoherent encounter with an oddly garbed fool rocking a “V for Vendetta” mask. “Stupidly dangerous” doesn’t even begin to describe this dude:

ICYMI – the ACLU is suing New Jersey to protect OWL’s Trenton contingent. They only like government when it functions like Michael Bloomberg enabling their “right” to defecate on police squad cars. But when the NJ State Police want to enforce some common sense rules to keep everyone safe? It’s a constitutional case!