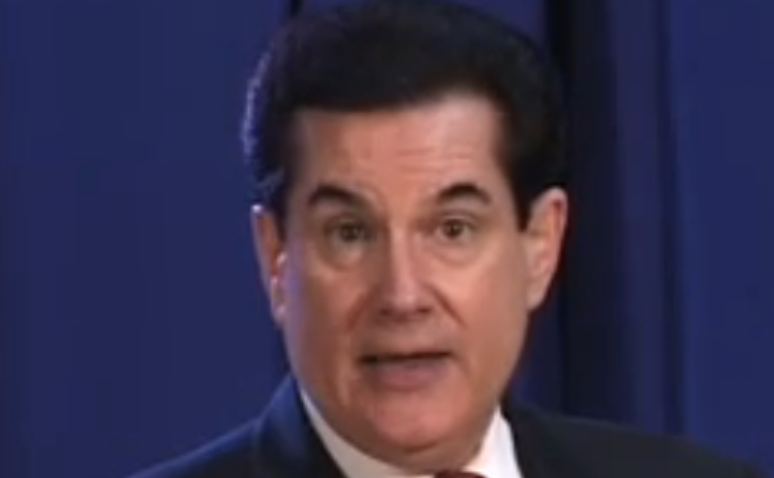 Today The Courier-Post ran another story on Medford Mayor Chris Myers and his alleged, not-so-discrete rendezvous with a gay escort.

Is it newsworthy? Absolutely. The press has photographs of what looks like the Mayor in a compromising position (pun intended), he’s a prominent area politician and, unfortunately for his family, he refuses to deny that anything happened:

When asked, “Are the website’s pictures real?” he responded, “I can’t comment on something I don’t know.”

When asked, “Are you gay or bisexual?” he replied, “I’m not commenting on my personal life.”

Yeah, it’s pretty damning. The answers to these questions aren’t exactly ambiguous (there you go; pun #2 for the day)!

Both of these stories were front page news in New Jersey; they even made it all the way to The Huffington Post and some nationally syndicated radio programs. Because they’re news, and because both stories involve the magic formula that is guaranteed to attract media coverage: (1) a conservative Republican, plus (2) a sexual storyline.

In my humble opinion, illicit or inappropriate sexual behavior exhibited by public officials is a problem when it negatively reflects on the politician’s character like it does for Mitsch or, as is the case with Myers, seems to put said politician in a situation where he or she could be extorted and subsequently make decisions antithetical to the public interest. We’ve seen it before. Bill Clinton lied under oath to a grand jury under pressure from his own sex scandal. It’s never the act, but the cover up, that is the biggest concern for those of us interested in good government. Clinton deserved impeachment not for an affair; he deserved it for breaking the law!

Although you have to appreciate the irony of media liberals who told us Clinton’s crimes didn’t matter “because it didn’t affect his job,” only to turn around later and jump all over Republicans for seemingly less serious infractions… such as tweeting ill-advised sex tips?

Meanwhile, stories truly worthy of media attention: like potential acts of violence, fraud and conversion at the highest levels of county government and massive evidence of campaign-funded voter fraud in a legislative race go almost completely unreported by everyone except for conservative blogs like Save Jersey. Why? Because the culprits in these stories were Democrats.

My theory to explain this strange and frustrating disconnect?

Some of it is ideological. It’s no secret that the media disproportionately attracts liberals to its ranks. In South Jersey, I think editorial pressure plays an important role, too. When reporters go after Democrats, the political machine that controls most of Southwestern New Jersey retaliates in the only way it can: ordering its candidates, officials, and operatives to avoid the offending reporter like the plague! A paper can’t run without sources on both sides of the aisle so, making a business decision, the editors try to artificially recalibrate their paper’s coverage. This year it’s apparently the GOP’s turn to get dumped on since Governor Christie is doing so damn well nationally. Last cycle, the late John Adler and his Camden Machine backers got most of the bad press.

Is it a practice that comports with traditional journalistic ethics? No. But there’s no denying it happens.

In addition to ideology and straight-up business calculations, I do think blatant, anti-Republican bias plays a role insofar as most newspaper reporters are faaaaar more socially liberal than they are fiscally liberal. They think religious Republicans are horrible, totalitarian monsters for standing up against abortion, gay marriage, efforts to remove the Ten Commandments from court complexes, etc. So when a Republican does something very-unconservative like engage in an extra-marital gay relationship, they jump all over it not so much because they see the act itself as morally wrong, but rather because they view it as an example of gross-hypocrisy by a visible GOP spokesperson.

Food for thought on your Friday afternoon, Save Jerseyans.

80 thoughts on “A New Rule for the Old Media: Scandals Are Only Worth Reporting When They Involve Republicans and Sex!”