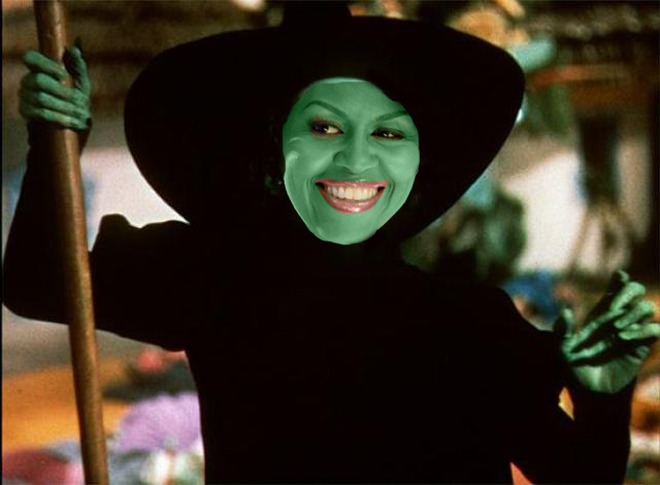 Sugary candy. Macabre decorations. Costume parties. Haunted hayrides. All Autumn staples of growing up in the greatest nation on Earth. Or for at least as long as the ruling liberal elite allows these traditions to persist.

I’m very serious about this. It’s hard to ignore the signs of a concerted, conscious and ramped-up “war on childhood” in modern America. The headlines are replete with examples. A growing chorus of academic-related organizations are coming out against “offensive,” “ethnic” Halloween costumes. The White House’s decision to hand out candy to Trick-or-Treaters instead of just dried fruit is actually a story. Recently right here at home, a Union County school district attempted to ban costumes from school in order to maximize instruction time. Why start now?

And don’t ask little ghouls and gobblins to learn how to stick up for themselves and settle their own disputes. New Jersey schools will now spend millions to police “bullying” and do it for them. I predict the end result won’t be one less wedgie or spitball from this wrongheaded legislation; all we can expect is a new generation of socially-inept wimps who can’t resolve a damn thing for themselves without filing a multi-page report with a government bureaucrat. And the little boys who won’t behave can expect overmedication at the hands of child study teams and school administrators.

To review: No Saddam masks, no peanut butter cups, no school Halloween parties and NO teasing the kid in the corner of the schoolyard picking his nose and eating it. We have more important things for kids to focus on than being kids, like in New York City, where education officials are planning to teach kids about beastiality at age 11.

All of this strange news begs the question: Why can’t liberals leave childhood alone? Halloween is, in some ways, the most substantive holiday for young children to experience since it’s explicitly designed for them. They begin to learn that death isn’t something to fear, so much as an inevitability to confront with a healthy mix of apprehension, acceptance, and even a measure of good humor (a la Tim Burton). The wrapped chocolate and politically-incorrect costumes aren’t an end, but rather a fun means to a hugely important human discovery for the little ones. We want kids to grow up comfortable in their own skin and able to deal with their own problems, don’t we?

Unfortunately, liberals want everyone to depend on them, via government. They can’t resist their natural inclination to socially engineer anything that moves… including little girls and boys in Halloween costumes. They aim to produce little indoctrinated socialist frankenstein monsters in their union-controlled classrooms. If the test subjects mature and make it to taxpayer status without being brainwashed to hate trans fats and un-PC jokes, then another conservative Republican voter is born and the liberal agenda suffers a serious set back.

As a result, Halloween bears the full brunt of the liberal ideological assault on our culture and that’s a real shame, Save Jerseyans. We’re going to lose something very special if they succeed in zapping the joy out of the spookiest of all days on the childhood calendar.

After all, when they eventually grow up and get jobs, a genuine nightmare awaits them every April 15th.