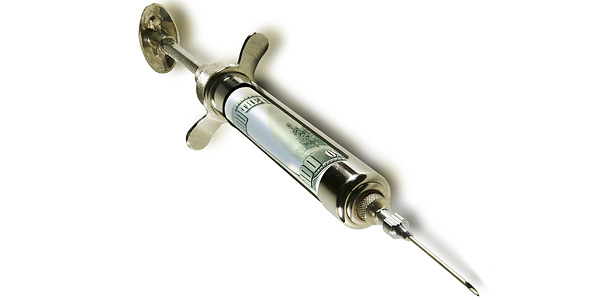 While we sit in a state that constantly stalls on the implementation of a heavily regulated medical marijuana program, our Assembly is about to move forward on a bill that will make hypodermic needles available to anyone who wants them without a prescription. Last session, the Senate passed this same bill by a vote of 28-12, and it now moves forward by a vote of 8-1 (with two abstentions) from the Health and Senior Services Committee in the Assembly.

Before I get into just how stupid this bill is, can we stop for a moment and remember that New Jersey sits with a 9.1% unemployment rate, a looming budget deficit every single year, and a tax system that does nothing but beg residents to leave. These are the issues that our legislators should be dealing with on a daily basis until the lives of everyday New Jerseyans begin to turn around and the accounting books for our government sit on solid fiscal ground. Instead, we get needles for drug users. 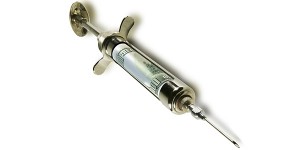 The premise is simple, according to liberals. People are using illegal IV based drugs, and without access to needles they are sharing them with their similarly situated friends and in turn, share all of their diseases. Hepatitis C, HIV/AIDS, etc. You name it, they share it. So the obvious answer to this problem? Let people buy clean needles to break the law with. This way when they participate in societally destructive behavior they do not have to be careful or think about unintended consequences.

So let me get this straight. When I walk through the City of Camden (as I do on a regular basis) I am not allowed to carry a licensed firearm to protect myself against people out to cause harm to others for their own personal gain, but drug addicts who want to use heroin and do harm to themselves should be given the tools necessary to ensure that they do so safely. Is it any wonder that New Jersey is in the state that it’s in?

This law is the definition of stupid. Liberals like to cite the fact that most states allow needles to be sold and therefore we should as well, as though crowd mentality is some replacement for rationality. Look, if you make needles widely available without a prescription it does nothing more than make them available for anyone to use without a legitimate reason.

This bill is not only stupid, but its actually self defeating. The amount of needles that could be purchased, with zero oversight, is ten. If the theory that making needles available is safer for everyone, then why not make it unlimited? Now, instead of having a hard time getting a hold of a few needles and sharing them, users can simply and easily purchase ten, use them up…and then share those. So instead of stopping the sharing, its just making people share slightly less.

Alternatively, lets say that I am wrong and that drug users are now going to purchase a bunch of needles, use them, and then not share with their friends. First of all let me remind you that I am not wrong, but for the sake of argument, what happens then? This bill sets up no oversight in anyway to know who has the needles, who actually needs the needles, and finally, what they do with the needles when they are done with them. New Jersey is a state that gets a bad reputation for needles and other medical supplies turning up on our beaches, improperly disposed of and causing harm to residents and tourists alike. What is to stop these suddenly reformed, former needle sharing drug users from unsafely discarding their used needles without a care. And then when you step on it, you get to be the unsuspecting “sharer.”

If legislators want to make needles more accessible in New Jersey, that is fine I suppose, its not like they do not have a history of passing bad ideas into legislation. But please, for the sake of my sanity and everyone else’s safety, at least think these things through. Don’t make me have to swipe my ID at a drug store to buy cough medicine, but allow a heroin addict to get his fix on the cheap. If you’re going to give incentives for this kind of behavior, at least institute some of that regulation that Democrats seem to like so much. And finally, get back to focusing on something that matters, like jobs.