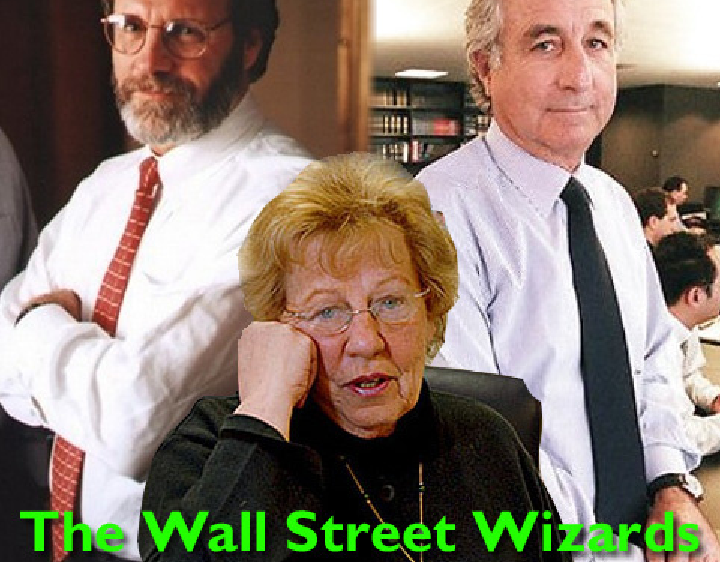 CNBC reported this morning that Jon Corzine has resigned from MF Global.

Corzine’s announcement comes just hours after we learned that FBI agents are investigating the disappearance of HUNDREDS OF MILLIONS of dollars in missing client cash from the company on Corzine’s watch.

Loretta was among Bernie Madoff’s ponzi scheme “victims.” I put that word in quotation marks because some people genuinely got taken by the crooked former investment tycoon; other allegedly “sophisticated” folks, however, should’ve stopped being greedy, wised up and questioned Madoff’s strangely awesome returns. Keep in mind: Madoff’s victims were rich, successful, “sophisticated” people! The elite 1%, if you will. Loretta passes as a defenseless little grandma when it suits her. You and I know she’s anything but. So why didn’t Loretta question Madoff’s methods until the money was gone?

She may wonder that herself.

And sure, anyone can make a mistake once. The amazing thing is that Loretta learned absolutely nothing from her Madoff affair and quickly hooked up with another scam artist, Jon Corzine, as his 2009 reelection running mate.

…great sadness for what has transpired at MF Global and the impact it has had on the firm’s clients, employees and many others.”

Where was his “sadness” for destroying New Jersey’s economy, credit rating, business climate and taxpayer base?

You need to develop more self-respect, Senator Weinberg. No one (not even yourself) deserves the company of these evil, greedy bums.

Try to find a nice guy! Maybe Tom Kean, Jr. has a brother? A much, much older brother? 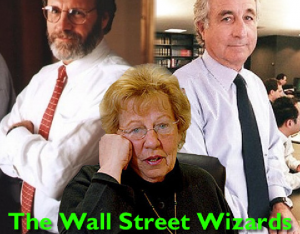 9 thoughts on “Why Does Loretta Weinberg Have Such Terrible Taste in Men?”