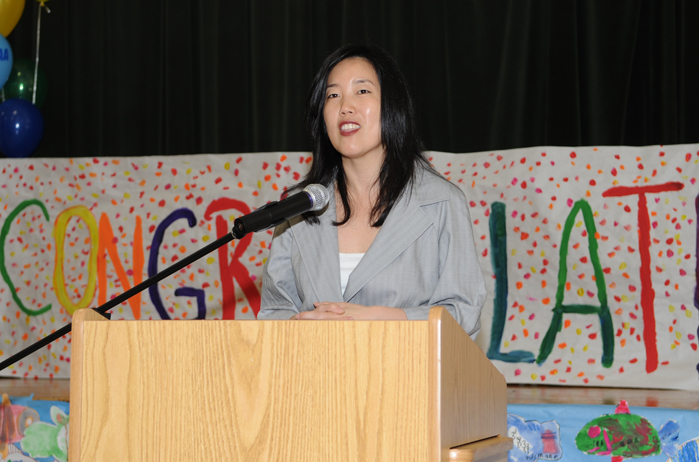 The New Jersey Education Association (NJEA) sent out a press release on Tuesday afternoon that I just had to share with you, Save Jerseyans.

It said, in relevant part:

Test results from the 2011 National Assessment of Educational Progress (NAEP) show that New Jersey’s black and poor students dramatically out-perform their counterparts in the District of Columbia and the vast majority of other states.

“We still have a lot of work to do for poor and minority students,” Keshishian said, “but the answer doesn’t come from the District of Columbia. Looking at their NAEP scores, why would we take advice from Michelle Rhee?”

Sure, this comms writer made some strange logical leaps. Spin is in. This is politics.

But the overarching point is that our kids should do better! We’re spending approximately $17,000 per pupil annually in a city like Trenton. That’s over half a million tax dollars for a classroom of thirty kids.

And where exactly is that money going? Most teachers earn somewhere between 40k and 70k. I want to know where the other $400,000+ goes. Pencils? Chalk? Electricity? Golden apples? Harry Potter wands? I have one idea: Barbara Keshishian (the NJEA chieftain quoted above) brings home over a quarter of a millions dollars annually. That’s from union dues. Union dues come out of teacher salaries. Teacher salaries are paid by YOU, the taxpayers. Predictably, the problem appears to be far too many Keshishians in administration annexes across the state!

In my humble opinion, blaming Rhee for DC’s abysmal numbers is no less unfair than blaming Winston Churchill for Hitler’s political ascent in the 1930s. She warned everyone; it’s not her fault if the voters didn’t listen.

9 thoughts on “Another “Huh?” Moment from Your NJEA”