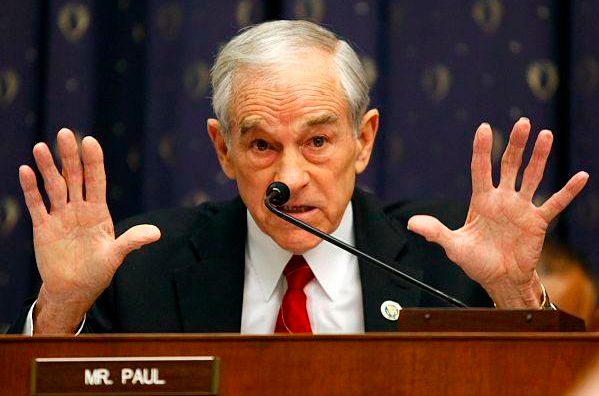 To many people it may seem desirable for the US to reduce its role around the world. That we need reevaluate the level of our imperial engagement in many corners of the globe is an obvious and truthful fact. We need not have troops stationed in Western Europe as our massive German deployment no longer dissuades a non-existent USSR from sending communist tanks into the Fulda gap. What is untrue and scurrilous, is a notion in vogue in a certain segment of the Right, that we can role back our empire into some sort of ahistorical vision of Fortress America. 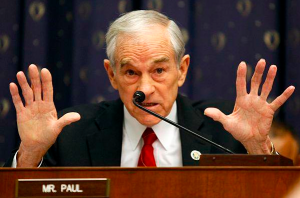 I am writing of course of Ron Paul and his historical luddites who maintain the antediluvian fantasy that if America only acted as it once did we could be prosperous and unbothered by events round the world. Yet, the period these ignorant Paulites hearken back to was nothing less than the America of its day – Great Britain – enforcing order on a chaotic world. Pax Britannica, lasting from after the War of 1812 to the First World War, ensured a neutrality of the seas guaranteed by Royal Navy ships in the same way our navy does today. It allowed the independent development of the Western Hemisphere, for both North and South America were protected not by the quill written ink of the Monroe Doctrine but by Britain’s willingness to enforce it. How different our history may have been had Britain been disinterested in laboriously enforcing American writ, we will never know.

True, Britain had an economic interested in a free trade system with South America and desired to stymie a revived mercantile Spanish Empire but A. this too benefited the nascent United States by allowing our goods to markets and B. allowed us the luxury of the Manifest Destiny expansion west with little worry of European intervention. That this shows how interconnected even the wide pre-Facebook  and flight world was, is lost on Paulites. They would have the world Britain’s once Royal Navy bought us but without paying for it.

Their counterfactuals do not end there for they, like the Left, also celebrate our evacuation of Iraq and our impending retreat from Afghanistan. That had we ended Saddam in 1991, when we were greeted by cheering crowds as liberators, we could have had peaceful and stable relations with a prosperous Iraq in 03 is too confusing a notion. Its inverse, that we had a moral obligation to the Iraqi people after then President HW Bush admonished them to rise up and shake off their dictator and then looked away as hundreds of thousands were mowed down by Saddam’s regime has no affect on them. Honor and virtue have no place in the Paulite vision of an America by itself and a world that functions largely without America.

Rep. Paul himself goes even further to the extreme on matters Afghan and ventures into classical anti-American revisionism. He claims the Taliban merely wants foreign fighters off their sacred mountainous soil and that our occupation is what drives them into the arms of Al Qaida and its affiliate organizations. Yet a Taliban ruled Afghanistan, free from American and Coalition boots on the ground, invited Al Qaida in years before we invaded. Paul and his band of chronologically challenged followers are worse than the pre-WW2 America Firsters who after we were attacked at least stated:

“Our principles were right. Had they been followed, war could have been avoided. No good purpose can now be served by considering what might have been, had our objectives been attained.

We are at war. Today, though there may be many important subsidiary considerations, the primary objective is not difficult to state. It can be completely defined in one word: Victory”.

Whereas the America Firsters posited had America taken an isolationist foreign policy it would have kept us from being attacked, Paulites argue that since we were attacked and have been continuously in the crosshairs of Islamic extremists we should adopt isolationism. That our non-intervention in Afghanistan did not prevent the Taliban from giving aid and succor to Al Qaida is a truth lost in their fanciful utopian “foreign policy”.

While we obviously need to redefine our national security goals, remove US forced from Germany, stop using our military as a tripwire between North andSouth Korea, and close bases all overEurope, we can not disengage from the world. Pax Americana, our ability to project military power around the world, is the only fact preventing a major war possibly involving a nuclear exchange from breaking out in the several hot spots around the world, it is the only force ensuring the neutrality of the seas, and it is the best ambassador not merely for our trade interests but for our values because it shows that nations need not be ruled by despots to be strong.