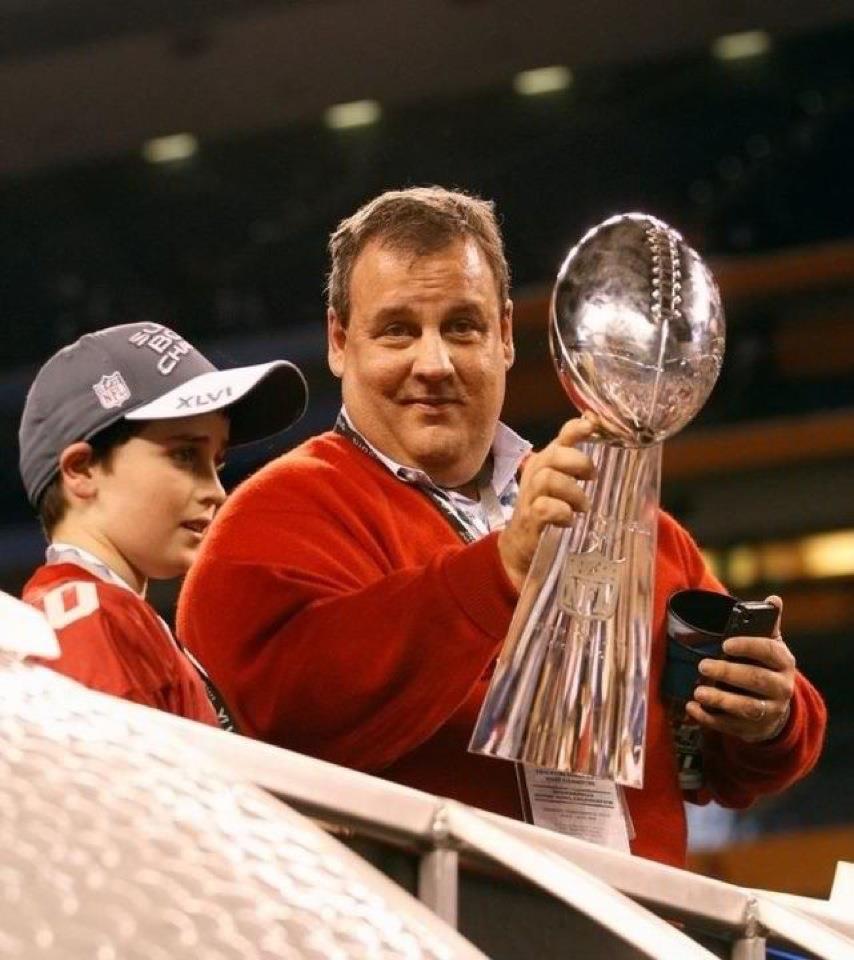 Governor Chris Christie may be a Jets/Cowboys fan, Save Jerseyans, but he’s still stoked to celebrate a New Jersey team’s championship triumph.

Following this morning’s victory parade in New York City, the New York Giants returned home to the Meadowland’s MetLife Stadium for a “giant” rally hosted by none other than the Guv and his entourage. For those who weren’t able to make it, enjoy this classic snap shot of the Big Guy and his son immediately after Sunday’s game.

Go ahead and give us your best caption: