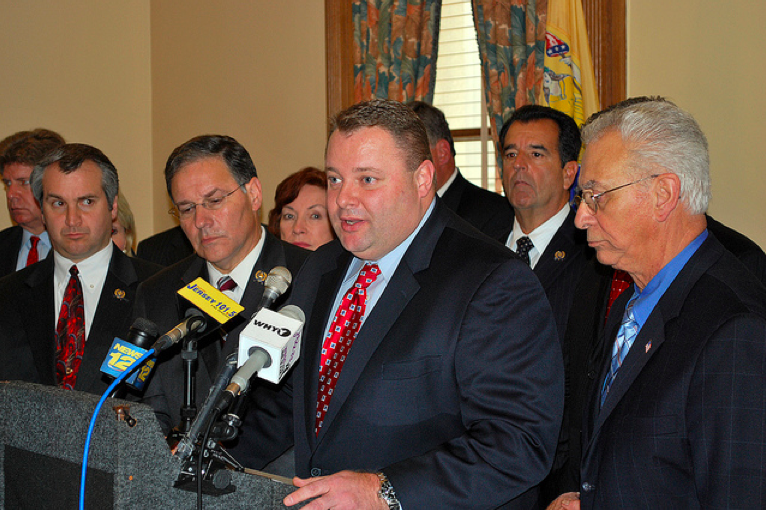 During his campaign, Barack Obama built a platform of ‘hope’ and ‘change’—promising to bring Americans together, not drive them apart; promising to lead, not follow; promising to fundamentally change the American landscape. Listening to the President’s State of the Union speech, it was simply more of the same lofty rhetoric, but three years later those lofty words have delivered nothing but higher unemployment, record debt and record government spending.

We have seen a President who not only failed to improve the economy, but has made it worse. Through more spending, more taxes, more regulations and a new health care mandate that is making it harder for businesses to compete or forcing job creators to consider dropping health care altogether.

In 2008, I was elected Burlington County Freeholder as a Democrat on a ticket with President Obama.

Two years later, I decided to leave the Democratic Party, in large measure due to the spectacularly anti-taxpayer, anti-small business policies being implemented by the President and Democrats in Congress.

Our national debt stands at a staggering fifteen trillion dollars and climbing—yet, our President continues to spend money we don’t have. The federal government now spends one of every four dollars in the entire economy; it borrows one of every three dollars it spends. Remember the deficit commission President Obama created to get the republic’s fiscal house in order? He ignored it. Our President refuses to make the hard choices to address our national debt crisis.  He has failed to step up and show true leadership in tackling this debt crisis and save the country from fiscal ruin.

The $787 billion stimulus that was supposed to turn the economy around did not spur economic growth, but rather drove us deeper into debt and today 13 million Americans are still looking for work.  As a small business owner, I can assure you that if I ran my company the way President Obama has ran our country, I too would be on the unemployment line, along with the 150 people my company employs.

The President most recently had a chance to do some good by supporting the Keystone XL oil pipeline which was set to create 20,000 good paying American jobs, as well as 100,000 additional indirect jobs. It would have helped America decrease its reliance on foreign oil, spurred manufacturing and created a $7 billion stimulus without a dime of taxpayer money. With strong bipartisan support in Congress, and business and labor clearly on board, the President canceled the plan to bolster his liberal base in an election year.

Republicans in Congress, on the other hand, are committed to taking every possible step to stimulate job creation and get our economy back on track. Republicans passed nearly 30 pro-jobs bills in the House where they have hit a brick wall in the Democrat controlled United States Senate. Many of these bills reflect the recommendations of the President’s own jobs council! The President needs to come to the table and work with Congress to get these bills passed, now.

Our country needs a new direction, much like the one Governor Christie has charted here in New Jersey.  We need common-sense, pro-growth policies to give small businesses and entrepreneurs the confidence to develop and succeed. We need elected officials who will fight to reduce the size and cost of government, reduce the tax burden on working families, restore our economy, and change the way business is done in Washington. We need a Balanced Budget Amendment so that Washington will be forced to manage its budget like every family, every business, and nearly every state in the union must do every year.

New Jersey’s bipartisan successes at reforming government, controlling spending and making the tough decisions necessary to ensure our kids and grandkids have a bright future, is a model for our nation.