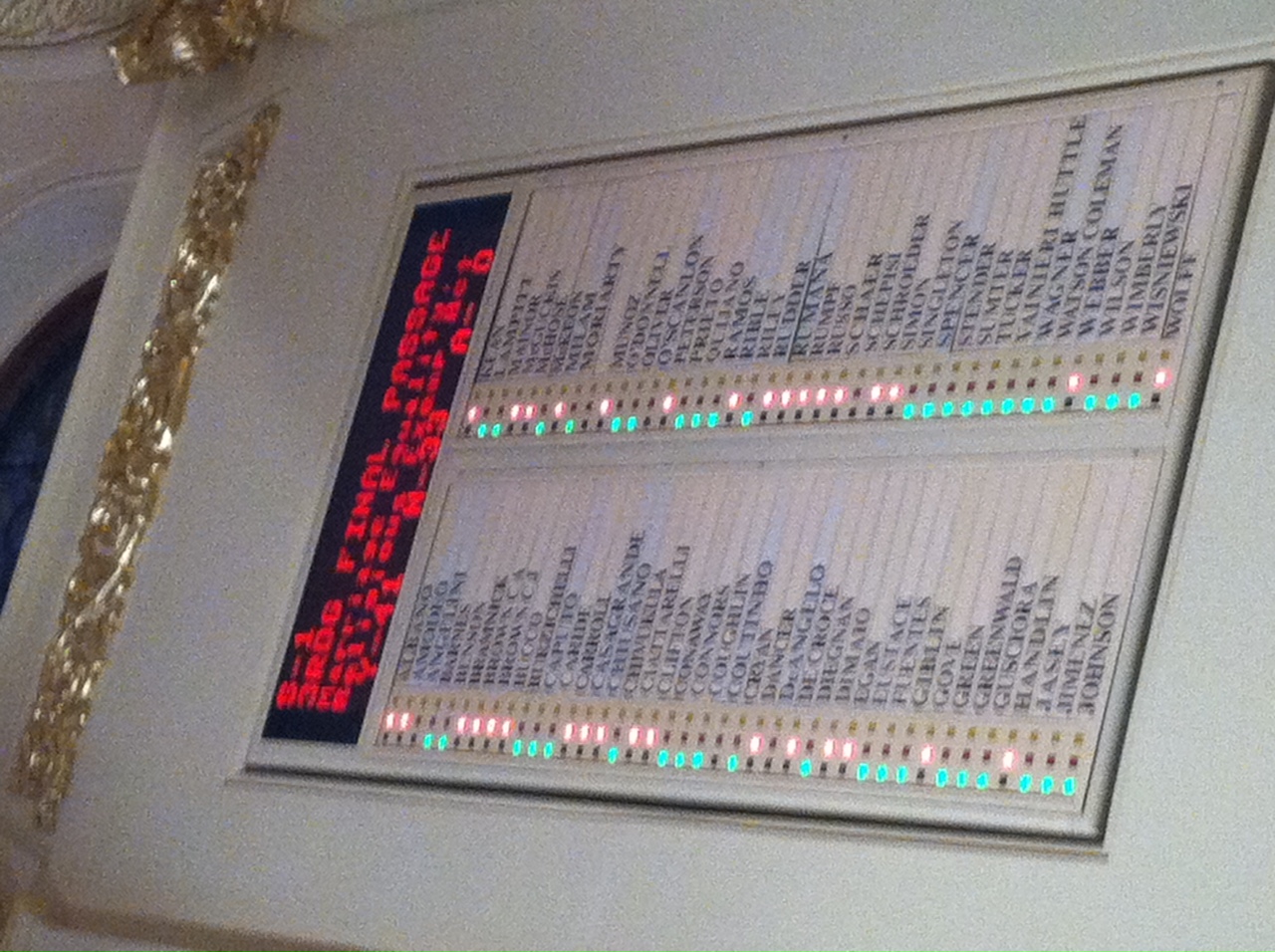 The first vote was on Monday in the Senate. Members of Garden State Equality filled the chamber and cheered the passage of S1, the gay marriage bill that Senate Democrats made their top legislative priority in this session. Today activists on both sides of this contentious issue were at the state house to see the second act.

This afternoon the New Jersey Assembly passed A1 by a vote of 41-33 with zero abstentions. This is the minimum amount of votes required for passage in the Assembly, which has 80 members.

I will update this post as soon as I know who voted which way. I think it is also important to note that the portion of the debate which I did hear (because the video feed tended to cut out every once in a while and I could not be there live) did not feature any Republicans speaking against the merits of the bill, but only on the desire to send the issue to a voter referendum. 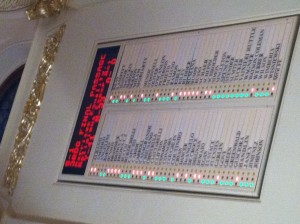 A friend of mine on the floor was nice enough to snap a picture of the vote board for me. The vote seems to have largely fallen along party lines, while a few obvious democrats, like Assemblyman Schaer, voted no on what I am assuming were religious grounds. Members Albano and Milam, who share a district with Senator Van Drew (who also voted no on Monday), also voted no.

Assemblywoman Angelini, a Republican, was a solid yes vote for the measure, but she was absent from todays voting session.

After getting a good look at the board, here are the Democrats who voted no:

Here are the Republicans who voted yes:

Here are the people who did not show up or could not vote: