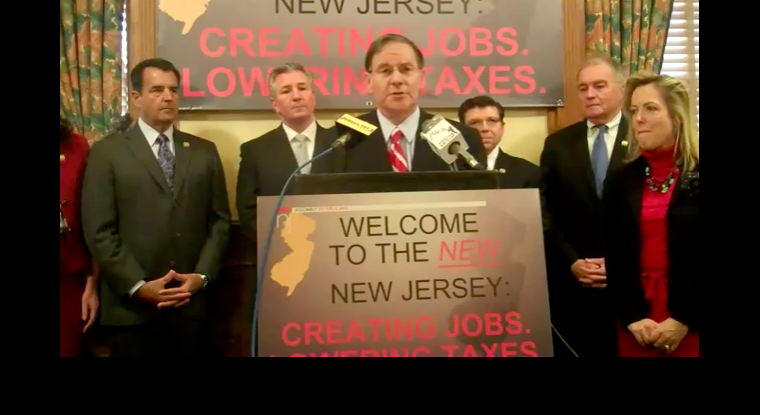 Asm. Jon Bramnick’s stated mission? To establish his Assembly Republican caucus, down one seat since the November elections, as the party of “priorities” in Trenton:

A few other members including Dave Rible, Caroline Casagrande, Anthony Bucco, and my main man John Amodeo participated as well; you can visit the Assembly GOP’s YouTube page for more media.

Bramnick’s premise isn’t bad. Democrats here and down I-95 are interested in pursuing priorities such as condom mandates, gay marriage and a million other distractions at a time when the global economy is teetering on the brink of a second major downturn. I suppose transforming the culture is the principle concern of their constituencies? It all boils down to whom these politicians are accountable; like Bob Dylan said, you’re gonna have to serve somebody.

For Republicans, their voters are interested in reining in government. But we want constitutional redeemers to reverse the decline – not just “better administrators” to manage the decline! Which path the GOP Assembly caucus ultimately chooses will control their fate. That and, of course, the machinations of the Big Guy upstairs.

You know: Chris Christie. Who did you think I was talking about?